TheAct I: Eisman and Team 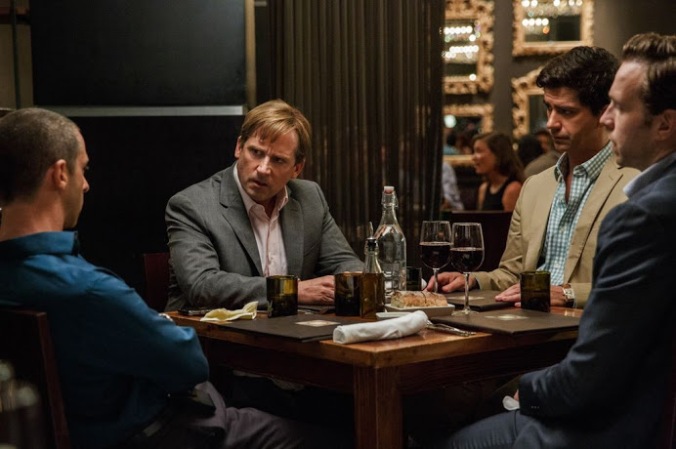 In his most recent best seller, The Big Short, Michael Lewis tells the story of the Great Recession through the eyes of four sets of players who foresaw the impending disaster and actually profited from it by betting against it and selling it short. One of these was a team led by Eisman, played in the movie of the same name by Steve Carrell. Using excerpts from the book below, we have synopsized this part of the story and highlighted the absurdities that led to the financial collapse. We will continue this exposition in subsequent postings, Acts II and Act III.

By early 2005 Eisman’s little group shared a sense that a great many people working on Wall Street couldn’t possibly understand what they were doing. The subprime mortgage machine was up and running again as if it had never broken down in the first place. If the first act of subprime lending had been freaky, this second act was terrifying. Thirty billion dollars a big year for subprime lending in the mid-1990s. In 2000 there had been $130 billion in subprime mortgage lending, and 55 billion dollars’ worth of these loans had been repackaged as mortgage bonds: In 2005 there would be $625 billion in subprime mortgage loans, $507 billion of which found its way into mortgage bonds. Half a trillion dollars in subprime mortgage-backed bonds in a single year. Subprime lending was booming even as interest rates were rising—which made no sense at all. Even more shocking was that the terms of the loans were changing in ways that increased the likelihood that they would go bad. Back in 1996, 65 percent of subprime loans had been fixed- rate, meaning that the typical subprime borrowers might be getting screwed, but at least they knew for sure how much they owed each month until they paid off the loan; By 2,005, 75 percent of subprime loans were some form of floating-rate, usually fixed for the first two years. . .

The market might have learned a simple lesson: Don’t make loans to people who can’t repay them. Instead it learned a complicated one: You can keep making these loans, just don’t keep them on your books. Make the loans, then sell them off to a fixed income department of big Wall Street investment banks, which will in turn package them into bonds and sell them to investors. . .

Eisman was predisposed to suspect the worst of whatever Goldman Sachs might be doing with the debts of lower-middle-class Americans. “You have to understand,” he says. “I did subprime first. I lived with the worst first. These guys lied to infinity. What I learned from that experience was that Wall Street didn’t give a shit.

The more they examined the individual bonds, the more they came to see patterns in the loans that could be exploited for profit. The new taste for lending huge sums of money to poor immigrants, for instance. One day Eisman’s housekeeper, a South American woman, came to him and told him she was planning to buy a townhouse in Queens. “The price was absurd, and they were giving her a no-money-down option adjustable-rate mortgage,” says Eisman, who talked her into taking out a conventional fixed-rate mortgage. Next the baby nurse he’d hired back in2003 to take care of his new twin daughters phoned him. “She was this lovely woman from Jamaica,” he says. “She says she and her sister own six townhouses in Queens. I said “Corinne, how did this happen?” It happened because they bought the first one, and its value rose, the lenders came and suggested they refinance and take out $250,000—which they used to buy another. Then the price of that one rose, too, and they repeated the experiment. “By the time they were done they owned five of them, the market was falling and they couldn’t make any of the payments.”

The sudden ability of the baby nurse to obtain loans was no accident: like pretty much everything else that was happening between subprime mortgage borrowers and lenders, it followed from the defects of the models used to evaluate subprime mortgage bonds by the two major rating agencies, Moody’s and Standard & Poor’s. . .

Their handling of FICO scores was one example. . . purported to measure the credit worthiness of individual borrowers. The highest possible score was 850, the lowest was 300; the U.S. median was 723. . .

Where to find the borrowers with high scores? Here the Wall Street bond trading desks exploited another blind spot in the rating agencies’ models. Apparently the agencies didn’t grasp the difference between a “thin-file” FICO score and a “thick-file” FICO score. A thin–file FICO score implied, as it sounds, a short credit history. The file was thin because the borrower hadn’t done much borrowing. Immigrants who never failed to repay a debt, because they had never been given a loan, often had surprisingly high thin-file scores. Thus a Jamaican baby nurse or a Mexican strawberry picker with an income of $14,000 looking to borrow three-quarters of a million dollars, when filtered through the models at Moody’s and S&P, became suddenly more useful, from a credit-rigging point of view. They might actually improve the perceived quality of the pool of loans and increase the percentage that could be called triple-A. The Mexican harvested the strawberries, Wall Street harvested his FICO score. . . 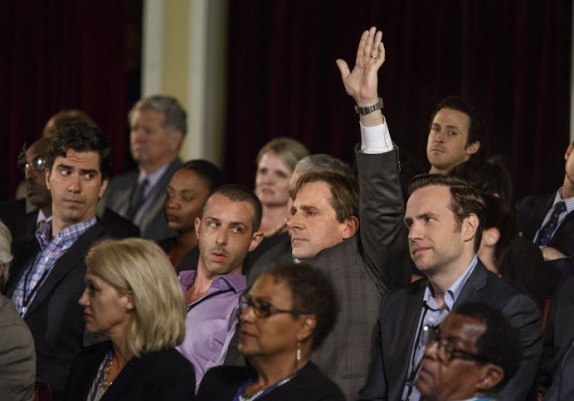 On the surface, those big Wall Street firms appeared robust; below the surface, Eisman was beginning to think, their problem might not be confined to a potential loss of revenue. If they really didn’t believe the subprime mortgage market was a problem for them, the subprime mortgage market might be the end of them. He and his team now set about searching for hidden subprime risk: Who was hiding what? “We called it The Great Treasure Hunt,” he said. . . Once he got himself invited to a meeting with the CEO of the Bank of America, Ken Lewis. “I was sitting there listening to him. I had an epiphany. I said to myself ‘Oh, my God, he’s dumb!” A light bulb went off. The guy running one of the biggest banks in the world is dumb!” They shorted the Bank of America, along with UBS, Citigroup, Lehman Brothers, and a few others. . .