In an article entitled What Good Is Wall Street? by J. Cassidy in the November 29 New Yorker magazine we find the following devolution of banking over the past thirty years:

In effect, many of the big banks have turned themselves from businesses whose profits rose and fell with the capital-raising needs of their clients into immense trading houses whose fortunes depend on their ability to exploit day-to-day movements in the markets. Because trading has become so central to their business, the big banks are forever trying to invent new financial products that they can sell but that their competitors, at least for the moment, cannot. Some recent innovations, such as tradable pollution rights and catastrophe bonds, have provided a public benefit. But it’s easy to point to other innovations that serve little purpose or that blew up and caused a lot of collateral damage, such as auction-rate securities and collateralized debt obligations. Testifying earlier this year before the Financial Crisis Inquiry Commission, Ben Bernanke, the chairman of the Federal Reserve, said that financial innovation “isn’t always a good thing,” adding that some innovations amplify risk and others are used primarily “to take unfair advantage rather than create a more efficient market.”

Other regulators have gone further. Lord Adair Turner, the chairman of Britain’s top financial watchdog, the Financial Services Authority, has described much of what happens on Wall Street and in other financial centers as “socially useless activity”—a comment that suggests it could be eliminated without doing any damage to the economy. In a recent article titled “What Do Banks Do?,” which appeared in a collection of essays devoted to the future of finance, Turner pointed out that although certain financial activities were genuinely valuable, others generated revenues and profits without delivering anything of real worth—payments that economists refer to as rents. “It is possible for financial activity to extract rents from the real economy rather than to deliver economic value,” Turner wrote. “Financial innovation . . . may in some ways and under some circumstances foster economic value creation, but that needs to be illustrated at the level of specific effects: it cannot be asserted a priori.”

Turner’s viewpoint caused consternation in the City of London, the world’s largest financial market. A clear implication of his argument is that many people in the City and on Wall Street are the financial equivalent of slumlords or toll collectors in pin-striped suits. If they retired to their beach houses en masse, the rest of the economy would be fine, or perhaps even healthier. 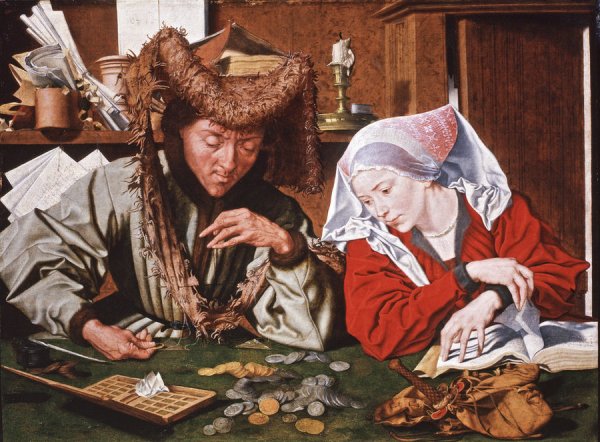 From the end of the Second World War until 1980 or thereabouts, people working in finance earned about the same, on average and taking account of their qualifications, as people in other industries. By 2006, wages in the financial sector were about sixty per cent higher than wages elsewhere. And in the richest segment of the financial industry—on Wall Street, that is—compensation has gone up even more dramatically. Last year, while many people were facing pay freezes or worse, the average pay of employees at Goldman Sachs, Morgan Stanley, and JPMorgan Chase’s investment bank jumped twenty-seven per cent, to more than three hundred and forty thousand dollars. This figure includes modestly paid workers at reception desks and in mail rooms, and it thus understates what senior bankers earn. At Goldman, it has been reported, nearly a thousand employees received bonuses of at least a million dollars in 2009.

Not surprisingly, Wall Street has become the preferred destination for the bright young people who used to want to start up their own companies, work for nasa, or join the Peace Corps. At Harvard this spring, about a third of the seniors with secure jobs were heading to work in finance. Ben Friedman, a professor of economics at Harvard, recently wrote an article lamenting “the direction of such a large fraction of our most-skilled, best-educated, and most highly motivated young citizens to the financial sector.”

Most people on Wall Street, not surprisingly, believe that they earn their keep, but at least one influential financier vehemently disagrees: Paul Woolley, a seventy-one-year-old Englishman who has set up an institute at the London School of Economics called the Woolley Centre for the Study of Capital Market Dysfunctionality. “Why on earth should finance be the biggest and most highly paid industry when it’s just a utility, like sewage or gas?” Woolley said to me when I met with him in London. “It is like a cancer that is growing to infinite size, until it takes over the entire body.”