In an article in the Wall Street Journal entitled “Clinton Won the Battle, Sanders the War” the author sees the Democratic Party, today and for the near future, being led no longer by its former solid, middle-class, middle-aged centrist constituents, but by its young people who are not fearful of government participation in private business, who in fact welcome it, and to whom “socialism” is not a dirty word.

Juan Williams, the author, is a political analyst for Fox News and columnist for the Hill. What follows are extracts from the full article, characterizing the whole. 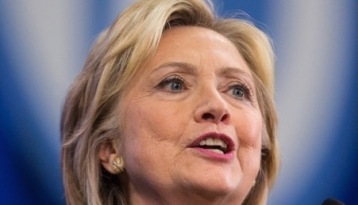 . . .The energy rests instead with a rising generation of Democrats excited to use activist government to protect them in anxious economic times. . .

. . . Older Democrats and minority voters provided a “firewall” that allowed Mrs. Clinton to defeat her rival in the primaries . . . But among the quarter of Democrats who see themselves as “very liberal,” she ran even with [Bernie] the socialist. . .

. . . Almost 60% of Democratic voters agree that “socialism has a positive” impact on society.

. . . This month she wrapped her arms around one of Mr. Sanders’s biggest causes by backing tuition-free college at instate public universities for families making under $125,000 a year. . .

. . . It is clear that in this new liberal order of Democratic politics, the union would be the enforcers. Mrs. Clinton is now even backing a “public option”—a Medicare-style government program to compete against private insurance companies. . .

. . . A final factor is the GOP’s strategy of unrelenting obstructionism against President Obama, which sparked a low-grade fury among the left wing. . .

. . . The result is that the bare knuckle, activist-driven take-to-the-streets politics of Occupy Wall Street and Black Lives Matter is becoming the rule among Democrats. . .

. . . History will record this week’s convention as a coming-of-age for a new era of liberal Democratic politics. This is now Bernie Sanders’s party.

Us: Is the promised revolution, in effect, in effect?