The lead editorial in today’s New York Times exposes how Congress, by tacitly allowing  Apple to park its foreign profits ($215 billion last June) in Ireland almost tax-free (0.005%), may have robbed the US of most of its future tax claims against these profits when they are repatriated. 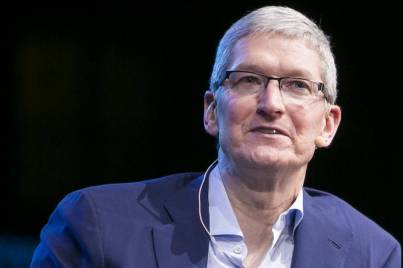 Apple and the United States are crying foul over the ruling in Europe that Apple received illegal tax breaks from Ireland and must hand over 13 billion euros ($14.5 billion), a record tax penalty in Europe.

But Apple and the United States have only themselves to blame for the situation.

Apple has engaged in increasingly aggressive tax avoidance for at least a decade, including stashing some $100 billion in Ireland without paying taxes on much of it anywhere in the world, according to a Senate investigation in 2013. In a display of arrogance, the company seemed to believe that its arrangements in a known tax haven like Ireland would never be deemed illegal — even as European regulators cracked down in similar cases against such multinational corporations as Starbucks, Amazon, Fiat and the German chemical giant BASF.

Congress, for its part, has sat idly by as American corporations have indulged in increasingly intricate forms of tax avoidance made possible by the interplay of an outmoded corporate tax code and modern globalized finance. The biggest tax dodge in need of reform involves deferral, in which American companies can defer paying taxes on foreign-held profits until those sums are repatriated.

Initially, deferral was a convenience for multinationals, as they sought investment opportunities abroad. Today, it is the taproot of global tax avoidance. Financial engineering has let American companies shift profits into foreign accounts, while they lobby Congress for tax-rate cuts in exchange for repatriating the money. Currently, there is some $2 trillion in corporate profits in offshore tax-deferred accounts; besides Apple, Microsoft, Google, Cisco and Oracle also have large stashes. Apple is one of nearly two dozen major corporations pushing Congress for a “tax holiday,” which would let companies bring back foreign-held money over the course of a year at a discounted tax rate, rather than the current rate, 35 percent. 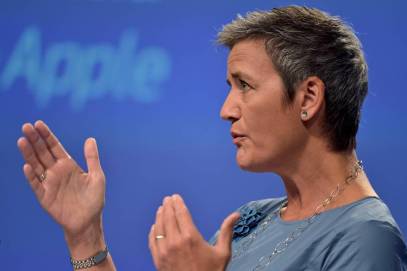 Before the European ruling on Tuesday, the debate over a tax holiday had pitted Republicans, who have generally favored the idea, against Democrats, who have viewed it as an unjustified reward for tax avoidance. The Democrats have history on their side. A tax holiday in 2005 lowered the corporate rate to 5.25 percent, enticing corporations to repatriate some $300 billion. It was billed as a way to create jobs and increase investment, but the money was used mostly for dividend payments, share buybacks (which tend to raise executive pay) and severance for laid-off employees. Worse, the tax holiday inspired multinationals to stash as much money abroad as they possibly could in anticipation of another holiday.

The European ruling, however, could sharply alter the terms of the congressional debate. Republicans and Democrats alike have always assumed that foreign-held profits would one day be repatriated. The big question was the rate at which they would ultimately be taxed. Similarly, the Treasury assumes that deferred foreign profits will one day be taxed when it projects future revenues — an important measure of the nation’s fiscal health.

But the money won’t be repatriated and taxed under American law if Europeans, in the course of enforcing their own laws against tax havens, get their hands on it first. And that, in a nutshell, is why members of Congress and Treasury officials are so upset about the Apple ruling. They understand, correctly, that tax-law enforcement in Europe could reduce the sums they expect to collect taxes on someday. What they don’t understand, or aren’t saying, is that they brought the problem on themselves.

The way forward is not to declare a tax war with Europe. It is for Congress to agree on a way to tax foreign-held corporate profits. President Obama put forth a reasonable approach in 2015, when he proposed a mandatory 14 percent tax on multinationals’ current offshore profits — whether they are repatriated or not — and, thereafter, a new minimum tax rate of 19 percent on profits moved offshore. An even better approach would be to simply end indefinite corporate tax deferral, imposing American taxes on profits when they are made.

Republicans rejected Mr. Obama’s proposal in 2015, and there is no chance that lawmakers will engage in such a debate so close to the election. But the next president and Congress will need to act to ensure that at long last, American corporations pay their fair share in taxes.