We have reproduced here a significant half of an editorial in today’s Wall Street Journal by Nicholas Eberstadt, a political economist at the American Enterprise Institute in Washington, D.C., as we also deplore the withdrawal of large numbers of able-bodied men and women from the working force in  the U.S.

However, isn’t Mr. Eberstadt looking at the crisis through the wrong end of the telescope? He seems to be implying that they have withdrawn of their own volition, either out of laziness, lack of ambition or preferring to remain on the dole, when the fact is, in our opinion, it is the rejection and discouragement they have met from American business, which clearly prefers cheaper foreign labor or robotic machinery over them and has made no effort to retrain them with the new, necessary skills, that has finally turned them off with a sense of hopelessness.

Labor Day is an appropriate moment to reflect on a quiet catastrophe: the collapse, over two generations, of work for American men. During the past half-century, work rates for U.S. males spiraled relentlessly downward. America is now home to a vast army of jobless men who are no longer even looking for work—roughly seven million of them age 25 to 54, the traditional prime of working life. . .

Or look at the fraction of American men age 20 and older without paid work. In the past 50 years it rose to 32% from 19%, and not mainly because of population aging. For prime working-age men, the jobless rate jumped to 15% from 6%. Most of the postwar surge involved voluntary departure from the labor force.

Until roughly the outbreak of World War II, working-age American men fell into basically two categories: either holding a paid job or unemployed. There was no “third way” for able-bodied males. Today there is one: neither working nor seeking work—that is, men who are outside the labor force altogether. Unlike in the past, the U.S. is now evidently rich enough to carry them, after a fashion. The no-work life hardly consigns these men to destitution. . . 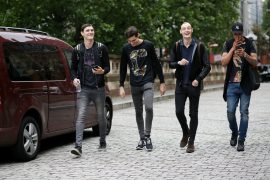 Who are America’s new cadre of prime-age male unworkers? They tend to be: 1) less educated; 2) never married; 3) native born; and 4) African-American. But those categories intersect in interesting ways. Black married men are more likely to be in the workforce than unmarried whites. Immigrants are more likely to be working or job-hunting than native-born Americans, regardless of ethnicity. High-school dropouts from abroad are as likely to be working or looking for work as native-born college grads. . .

Clearly big changes in the U.S. economy, including the decline of manufacturing and the Big Slowdown since the start of the century, have played a role.

What we might call “sociological” factors are evident, not least the tremendous rise in unworking men who draw from government disability and means-tested benefit programs. . . Declining labor-force participation and falling work rates have contributed to slower economic growth and widening gaps in income and wealth. . . Unworking men have increased poverty in the U.S., not least among the great many children whose fathers are without jobs. . . 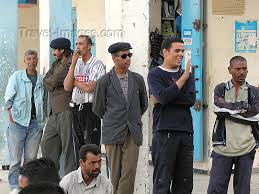 There are the social effects, too. The male retreat from the labor force has exacerbated family breakdown, promoted welfare dependence and recast “disability” into a viable alternative lifestyle. Among these men the death of work seems to mean also the death of civic engagement, community participation and voluntary association. . .

Imagine how different America would be today if another roughly 10 million men held paying jobs. It is imperative for the future health of the country to make a determined and sustained effort to bring these detached men back—into the workplace, into their families, into civil society.

We concur. These are our sentiments exactly. But, how to achieve this?

Since in our opinion it is the huge disparity in wealth and income in our country between those at the top and those at the bottom that is responsible for driving out of the work force millions of ready workers and not vice-versa, as Mr Eberstadt implies, is it not up to the capitalists who have created these “unemployables” to make the first move in welcoming them back?