The following editorial appeared in the September 13 New York Times.

We also have been wondering how long it would take either candidate to address the deep poverty that pervades numerous areas of the United States as a major campaign issue. Ever since Bernie Sanders dropped out as a candidate, it has received little attention, although it is our opinion that it ranks just behind climate warming in importance.

Poverty in the United States is deeper than in all other wealthy nations. Yet neither Hillary Clinton nor Donald Trump has a specific anti-poverty agenda.

There have been notable improvements in three crucial measures of economic well-being: income, poverty and health insurance coverage. On Tuesday, the Census Bureau announced that all took a sharp turn for the better in 2015, the first time since 1999 that the three measures improved in the same year.

The question now is whether the new data will inspire a deeper discussion about how to keep making progress. According to the report, the official poverty rate fell from 14.8 percent in 2014, or 46.7 million people, to 13.5 percent in 2015, or 43.1 million people, the largest annual percentage-point drop since 1999.

Although Mrs. Clinton has talked more about families, women, children and working Americans than about the poor, there is much within her economic program that would help those in or near poverty. She supports raising the federal minimum wage to $12 an hour ($15 is a better goal) and would increase investment in Early Head Start and child care subsidies.

Some of Mrs. Clinton’s other proposals, like those on housing, have received less attention but could do a lot to help the poor. She would increase affordable housing by including more cities in the Obama-era project to rehabilitate housing in Detroit and other areas hard hit by the recession; strengthen the federal program for low-income housing vouchers; and increase tax incentives for new development of affordable rental housing.
Mr. Trump has said that more jobs will help cure poverty — which no one disagrees with. His promises to create jobs, however, are hollow. Historical evidence and economic analysis indicate that his agenda — less trade, less immigration and huge tax cuts for the wealthy — would harm job growth. Even his recent attempts at a middle-class agenda, including subsidies for child care, and paid maternity leave have been fatally flawed. The former skews toward high-income earners and the latter relies on states to come up with the money.

The failure to talk frankly about poverty is especially regrettable in light of this week’s Census Bureau report. As the figures show, we know what works. The path forward is clear.

For example, the largest income gains in 2015 were among Americans at the bottom of the income ladder. Those gains reflect job growth, which has been supported by the Federal Reserve’s low interest-rate policy; the Fed should stay the course until the job market has returned to full health. The income gains also reflect minimum-wage increases in many states and cities, which have laid the foundation for the federal government to follow suit.

The statistics give the candidates all the evidence they need to make the case to voters that anti-poverty policies work. Mrs. Clinton, to her credit, has ideas on how to improve the lives of the poor. Turning those ideas into law, however, will require broad support from the public and Congress. The time to start that campaign is now. 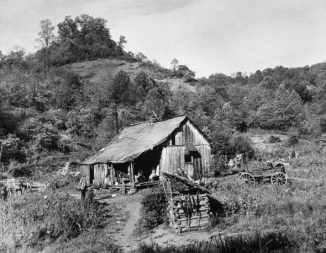