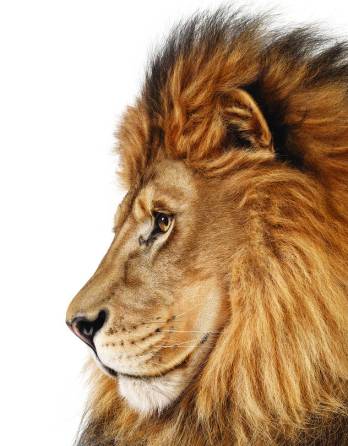 Entitled “Why the Economy Doesn’t Roar Anymore,” this article from the Wall Street Journal is as good an explanation, in spite of the unrealistic expectations of so many people, of how our economy should normally be operating today as we have found. Thomas Piketty in his book “Capital,” that we rely on as our text on the economy, sets the normal economic growth that we should expect today  at between 1% to 1.5%. It is the distribution of wealth, not its growth, that is the problem that needs fixing.

Because of it length, this article will  be presented in three parts. Here is Part I:

Whoever sits in the Oval Office next year will swiftly find that faster productivity growth—the key to faster economic growth—isn’t something a president can decree. It might be wiser to accept the truth: The U.S. economy isn’t behaving badly. It is just being ordinary.

Historically, boom times are the exception, not the norm. That isn’t true just in America. Over the past two centuries, per capita incomes in all advanced economies, from Sweden to Japan, have grown at compound rates of around 1.5% to 2% a year. Some memorable years were much better, of course, and many forgettable years were much worse. But these distinctly non-euphoric averages mean that most of the time, over the long sweep of history, people’s incomes typically take about 40 years to double.

That is still significant progress. Looking back over an 80-year lifespan, a typical person in a wealthy country would have seen his or her annual income quadruple. But looking from one year to the next, the improvements in living standards that come from higher incomes are glacial. The data may show that life is getting better, but average families feel no reason to break out the champagne.

Today, that is no longer good enough. Americans expect the economy to be buoyant, not boring. Yet this expectation is shaped not by prosaic economic realities but by a most unusual period in history: the quarter-century that began in the ashes of World War II, when the world economy performed better than at any time before or since.

The victory of the Allies in 1945 was followed by economic chaos. In 1946, France’s farms could produce only 60% as much as they did before the war; many of Germany’s remaining factories were carted off to the Soviet Union as wartime reparations; and anger over price and wage controls—imposed during the war to stanch inflation and channel resources into critical industries—brought strikes across Europe, North America and Japan. Japan and most European countries couldn’t import coal for power plants and grain to feed their people. The future looked bleak.

And then, in the first half of 1948, the fever broke. In January, U.S. officials administering occupied Japan announced a new policy, the “reverse course,” which emphasized rebuilding the economy rather than exacting reparations. In April, President Harry Truman signed the Marshall Plan. In June, U.S., British and French military authorities in occupied Germany proclaimed a new currency, the deutsche mark, ending the Soviet Union’s efforts to cripple the German economy. . .

[The economy of Western Europe and the US] did more than just grow. It leapt. The quarter-century from 1948 to 1973 was the most striking stretch of economic advance in human history. In the span of a single generation, hundreds of millions of people were lifted from penury to unimagined riches. 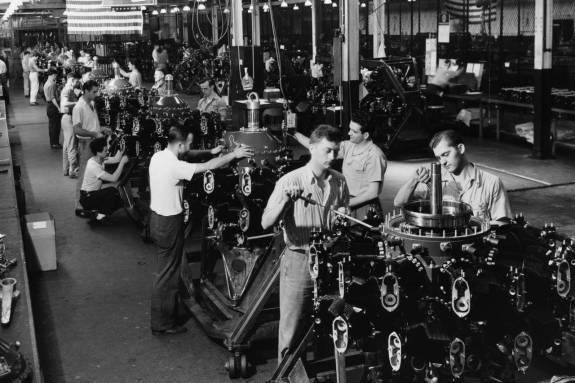 American factory workers work on rotary engines for aircraft, circa 1950.

At the start of this extraordinary time, 2 million mules still plowed furrows on U.S. farms, Spanish homemakers needed ration books to buy olive oil, and in Tokyo, an average of three people had to cook, eat, relax and sleep in an area the size of a parking space. Within a few years, tens of millions of families had bought their own homes, high-school education had become universal, and a raft of government social programs had created an unprecedented sense of financial security.

People who had thought themselves condemned to be sharecroppers in the Alabama Cotton Belt or day laborers in the boot heel of Italy found opportunities they could never have imagined. The French called this period les trente glorieuses, the 30 glorious years. Germans spoke of the Wirtschaftswunder, the economic miracle, while the Japanese, more modestly, referred to “the era of high economic growth.” In the English-speaking countries, it has more commonly been called the Golden Age.

Mr. Levinson is a former finance and economics editor of the Economist. This essay is adapted from his new book, “An Extraordinary Time: The End of the Postwar Boom and the Return of the Ordinary Economy,” which will be published on Nov. 8 by Basic Books.