In China, trade helped to lift hundreds of millions out of poverty. In the U.S., it is one factor that has contributed to widening wealth disparities and four decades of stagnant wages for the middle classes. Technology is another reason. While both are disruptive, argues Edward Alden, a senior fellow at the Council on Foreign Relations in his forthcoming book “Failure to Adjust,” there is a crucial difference: “Those who lose their jobs to computers are likely to find new ones, while those who lose their jobs to imports are much less likely to do so.”

The real problem is not globalization, argues Mr. Alden, but the “irresponsible” political response by the U.S. government to those whose lives it upends. “Washington has left most Americans to fend for themselves,” he writes.

Mr. Trump’s trade proposals, if enacted, would almost certainly spark a trade war, cutting deeply into the profits of U.S. companies that do well in China, such as Boeing, General Motors, Apple and General Electric. Trade with China supports high-paid jobs in the U.S. for software engineers, marketers, advertisers, retailers, shippers and insurers. If a trade war precipitated a pullout of Chinese capital from American bond markets, it could raise interest rates and throw the economy into recession.

Trade friction, too, would likely harden the Chinese. 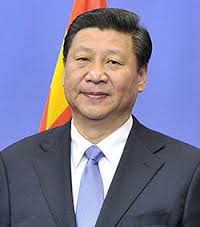 Beijing is more jealously guarding its domestic markets, and a sharp turn toward authoritarianism under Mr. Xi is reinforcing the trend. New national security laws are driving out U.S. tech companies. Anti-Americanism is on the rise. A video recently released by the Supreme People’s Procuratorate warned of the “dark shadow of the Stars and Stripes.”

Moreover, wealth disparities in China have grown even more pronounced than in the U.S. Mr. Xi faces an influential Maoist fringe convinced that Deng’s entire economic “reform and opening” experiment betrayed the workers in whose name the Communist Party rules.

For both countries, the painful costs of globalization are stubborn realities, and history suggests no easy escape. Even now, after decades of fighting decline, Lowell is still not fully back. Cambodian and other immigrant communities have brought new life, but the old Boott Mills, where New England farm girls once toiled, is now a cultural heritage site for drawing tourists, and another old industrial landmark serves as a business incubator. 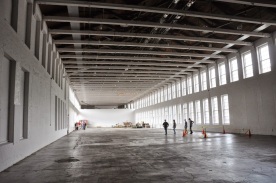 Lowell’s city fathers, says Mr. Forrant, the history professor, like to tell an optimistic story of “rainbows and unicorns.” But there is another, darker narrative—of aging factory workers cast aside. They are out of place in a renovated downtown colonized by artists, movie producers and tech entrepreneurs.

Dongguan’s prospects are just as ambiguous. Gong Jiayong, vice president of the local branch of the China Center of Information Industry Development, ticks off a list of priorities to turn around Dongguan’s fortunes that would be familiar to city authorities anywhere in the U.S.: build brands, deploy robots, boost spending on industrial research and development. “We’re moving from copying to inventing,” he says.

In a way that neither city might acknowledge, each has a stake in the success of the other. Over the years, expanding trade and investment between the U.S. and China provided the ballast for the world’s most consequential relationship. We know where the alternatives can lead. In the 1930s, America turned inward and threw up barriers to trade. Global conflict rapidly followed.

This is the conclusion of a three-part article