This article from a recent Los Angeles Times shockingly lays bare what the rich and the very rich can expect to gain monetarily from the repeal of the Affordable Care Act. 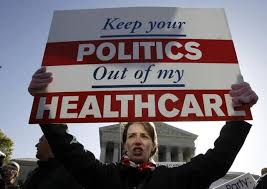 People wondering why Republicans are so hell-bent on repealing Obamacare even though that would cost 20 million Americans their health insurance haven’t been heeding the old investigator’s maxim to “follow the money.”

The path leads to the Affordable Care Act’s tax provisions, and the discovery that repeal would provide the wealthiest taxpayers with an immediate tax cut totaling $346 billion over 10 years. Every cent of that would go to taxpayers earning more than $200,000 a year ($250,000 for couples). As Nicholas Bagley of the University of Michigan observed a few days after the election, the imperative of handing their wealthy patrons a gift of this magnitude may well outweigh their solicitude for the mostly middle- and low-income constituents whose individual insurance plans would be at risk from repeal.

“However ambivalent Republicans may be about health reform,” he wrote, “they are not at all ambivalent about big tax cuts to the wealthy.”

That tax cut would result from repeal of two major ACA tax provisions aimed at the wealthy. But the figure only hints at the implications of Obamacare repeal on Americans’ incomes. According to a study released this week by the Tax Policy Center, a joint venture of the Urban Institute and the Brookings Institution, Obamacare repeal would reduce the average incomes of Americans in the lowest 60% of income earners, mostly because of the loss of tax subsidies for insurance premiums. But it would give the incomes of those in the top 20% — and especially the top 1% — a significant boost. “In general,” the TPC found, “repealing the health reform law would, on average, cut taxes for the rich and raise them for low-income households.”

The ACA levied a raft of new or expanded taxes to finance such major reforms as tax subsidies for premiums, co-pays, and deductibles, Medicaid expansion (through which the federal government sent $79 billion to expansion states from January 2014 through June 2015 alone), and the improvement of Medicare drug benefits.

The Republican model for repeal — even “repeal and delay” — would eliminate many if not all those revenues. What makes them vulnerable is that the GOP plans to start chipping away at Obamacare through the reconciliation process, which is immune from Senate filibuster but can be applied only to legislation with a budgetary impact, such as taxes.

Some of the new taxes have come under bipartisan fire and might well have been reduced or repealed under even a Democratic administration. These include a tax on medical devices, which the device industry has bitterly fought, and a surcharge on high-quality “Cadillac” health plans that will hit many union-sponsored plans.

But others effectively were part of a rollback of George W. Bush-era tax cuts for the wealthy. Among them was a 0.9% increase in the Medicare tax on wage and self-employment income over $200,000 for individuals and $250,000 for couples. The increase would bring in $123 billion over 10 years, according to the Congressional Budget Office. The ACA also imposed a 3.8% surcharge on capital gains and dividends for those in the same bracket; for them, the top rate on investment income was raised from 20% to 23.8%. The CBO estimated that this would bring in $222.8 billion over 10 years.

Both levies would have been eliminated by a reconciliation bill passed by the Republican-controlled Congress earlier this year and vetoed by President Obama. The bill is thought to be a model for repeal in the coming year.

The Tax Policy Center found that “most low-income households would see no change at all in their taxes” after ACA repeal. But 4% of them would face a tax hike averaging nearly $3,900 because of the loss of premium assistance. Among middle-income households — those with income between $52,000 and $89,000 — most would face an average tax increase of $80, but 3% would would suffer an average income hit of $6,200 because of subsidy repeal.

Repealing all those revenue sources might gratify the Republicans’ wealthy base, but it would present them with a dilemma. The GOP says its goal is “repeal and delay” — repeal the ACA now, but hold off implementation of the repeal for four years or even more to give policymakers time to fashion a replacement for the law’s reforms. That means continuing to fund the tax subsidies, Medicaid expansion and other costly provisions until the job is complete. Delay would also incur additional costs, because the individual insurance market would be profoundly destabilized by the prospect of years of uncertainty about a replacement system.

Consequently, it’s likely that insurance companies selling policies on the individual insurance exchanges would have to be heavily subsidized to keep them in the marketplace. As we’ve observed in the past, that might mean restoring risk-adjustment mechanisms that the Republicans undermined earlier, declaring them “bailouts.” This is the harvest of spending years taking potshots at the law without paying much attention to how to improve it. “Repeal and delay lights a fuse that’s attached to a bomb” Bagley says. “No one should be surprised if it explodes.”

Reports from inside the GOP congressional caucuses suggest that Republicans are hoping that, if their ham-handed surgery damages the individual insurance market, they can blame the Democrats for having passed an imperfect law in the first place. No one should be fooled. Republicans have a chance to improve the individual insurance market, but none of their plans will do that.

As Alice Rivlin, Loren Adler, and Stuart Butler of the Brookings Institution observed this week, “If replacing the ACA is truly the goal, repealing it first without a replacement in hand is almost certainly a disastrous way to start.”