The Republican Administration is in the process of dismantling the safeguards which were put in place by the previous administration following the Great Recession of 2007-2008. In this blog we look at two very different points of view of this process. First, a very sensible summary and explanation of the safeguards themselves and what they were intended to accomplish, followed by a look at how they are being dismantled and why, from the February 6 New York Times: 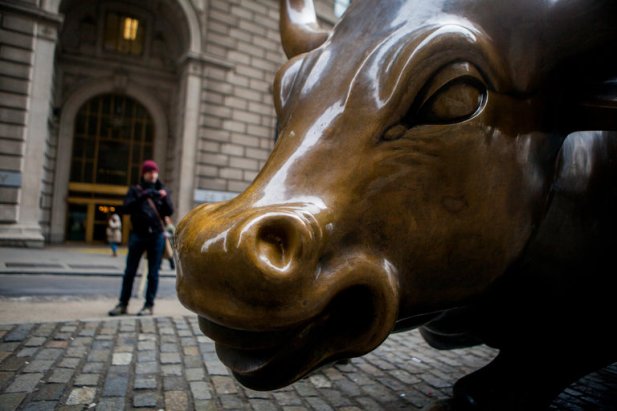 By PAUL KRUGMAN for The New York Times

. . . so far [President Trump’s] economic policies are all about empowering ethically challenged businesses to cheat and exploit the little guy.

Last week Mr. Trump released a memorandum calling on the Department of Labor to reconsider its new “fiduciary rule,” which requires financial advisers to act in their clients’ best interests — as opposed to, say, steering them into investments on which the advisers get big commissions. He also issued an executive order designed to weaken the Dodd-Frank financial reform, enacted in 2010 in the aftermath of the financial crisis.

Both moves are very much in line with the priorities of congressional Republicans and, of course, the financial industry. For both groups really, really hate financial regulation, especially when it helps protect families against sharp practice.

Why, after all, was the fiduciary rule created? The main issue here is retirement savings — the 401(k)’s and other plans that are Americans’ main source of retirement income over and above Social Security. To invest these funds, people have turned to financial professionals — but most probably weren’t aware that these professionals were under no legal obligation to give advice that maximized clients’ returns rather than their own incomes.

This is a big deal. A 2015 Obama administration study concluded that “conflicted investment advice” has been reducing the return on retirement savings by around one percentage point, costing ordinary Americans around $17 billion each year. Where has that $17 billion been going? Largely into the pockets of various financial-industry players. And now we have a White House trying to ensure that this game goes on.

On Dodd-Frank: Republicans would like to repeal the whole law, but probably don’t have the votes. What they can do is try to cripple enforcement, especially by undermining the Consumer Financial Protection Bureau, whose goal is to protect ordinary families from financial scams.

Unlike other parts of Dodd-Frank, which are supposed to reduce the risk of a future financial crisis — and won’t be fully tested until the next major shock hits — the bureau is designed to deal with problems that afflict consumers in good times and bad. And by all accounts it has been a huge success, increasing transparency, reducing fees, and exposing fraud. Remember the Wells Fargo scandal, in which the bank was found to have signed millions of customers up for accounts, credit cards, and services without their consent or knowledge? This scandal only came to light thanks to the bureau.

So why are consumer protections in the Trump firing line?

Gary Cohn, the Goldman Sachs banker appointed to head Mr. Trump’s National Economic Council — populism! — says that the fiduciary rule is like “putting only healthy food on the menu” and denying people the right to eat unhealthy food if they want it. Of course, it doesn’t do anything like that. If you want a better analogy, it’s like preventing restaurants from claiming that their 1400-calorie portions are health food.

Mr. Trump offers a different explanation for his hostility to financial reform: It’s hurting credit availability. “I have so many people, friends of mine that had nice businesses, they can’t borrow money.” It would be interesting to learn what these “nice businesses” are. What we do know is that U.S. banks have generally shunned Mr. Trump’s own businesses — from which, by the way, he hasn’t separated himself at all — perhaps because of his history of defaults.

Other would-be borrowers, however, don’t seem to be having problems. Only 4 percent of the small firms surveyed by the National Federation of Independent Business report themselves unsatisfied with loan availability, a historic low. Overall bank lending in the United States has been quite robust since Dodd-Frank was enacted.

So what’s motivating the attack on financial regulation? Well, there’s a lot of money at stake — money that the financial industry has been extracting from unwitting, unprotected consumers. Financial reform was starting to roll back these abuses, but we clearly now have a political leadership determined to roll back the rollback. Make financial predation great again!

And now to hear from the other side

Let’s see how differently the financial institutions themselves look at the system and its overhaul. This partial article is lifted from the Opinion section of the Wall Street Journal of the same day. Our comments are in purple 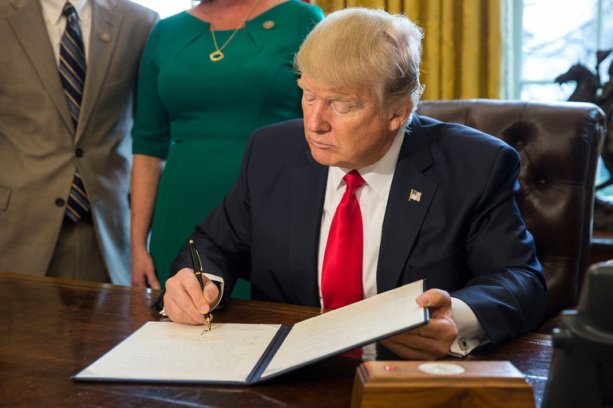 President Trump is focusing early on rolling back regulation, and on Friday he took another good step with directives to peel back Dodd-Frank and the Labor Department’s fiduciary rule. Democrats are predicting another financial crisis, but it’s possible to build a sturdy system that also allows for more risk-taking to serve economic growth.

Start by repealing rules that add costs without making the system safer, such as the fiduciary rule that Labor imposed last year under the guise of protecting savers. The rule requires brokers to act in the “best interest” of clients, though many investors will be harmed (Harmed by what, exactly?). The rule will make investment advice too expensive for many small investors as brokers eliminate commissions and instead charge fees. Plaintiff attorneys are circling, ready to slap brokers with class-action lawsuits if stock prices fall. (To conceal the fact that they have just put the fox in charge of the henhouse they frighten the poor investor, first with invented fees, and then with made-up malpractice suits.)

Small investors may also find themselves at the mercy of robo advisers that may have a hard time discerning their client’s best interest. (Well, at least the machine isn’t going to try to line its pockets with the  investor client’s money.) Want to know whether to boost your investment in health stocks if ObamaCare is repealed? Ask Alexa. (This isn’t the first time the money men have used robots as  bogeymen to scare the working class.) Robert Litan and Hal Singer have estimated that depriving small investors of human advice could cost clients $80 billion in a downturn. Mr. Trump ordered Labor to review and perhaps rewrite the rule that was scheduled to take effect in April.

The President also directed a review of the 2,300-page Dodd-Frank law that has turned banks into regulated utilities. Gary Cohn, who runs Mr. Trump’s National Economic Council, told the Journal that Dodd-Frank’s costs and complexity have restrained bank lending. Democrats wrote Dodd-Frank with enough ambiguity so the feds could regulate as they please. But this means a new government can ease those burdens without Congress.  .  .  .

Also in need of review is the Volcker Rule, which had the sensible goal of barring high-risk trading at taxpayer-insured banks. But regulators needed four years to finalize the abstruse 950-page rule that includes 2,800 footnotes. One iron rule of government is that the more complex a regulation, the easier to find loopholes. (A major safeguard that prevents commercial banks from becoming high-risk trading institutions, as they did prior to the Great Recession, is faulted because it’s too long?)

Dodd-Frank’s fatal flaw is assuming that regulators who failed to prevent the last crisis will foresee and prevent the next one. All they need are more rules and more power. But financial manias happen precisely because everyone assumes the good times will last forever. (Precisely! As we saw in the last financial crisis of 2007-2008, it was not everyone but specifically the predator banks that assumed the good times would last forever from whom we need to be protected.)

The better way to prevent a panic is to have simple but firm rules along with high capital standards that make banks better able to endure losses in a downturn. That’s the philosophy behind House Financial Services Chairman Jeb Hensarling’s proposed financial reform, and it’s the direction the Trump Administration should take even without legislation.

But will it? The President signed his directives Friday after meeting with bank executives, and he didn’t help himself politically by praising the “great returns” BlackRock has earned. The point is to help the larger economy, not bank profits.

As a Goldman Sachs alum, Mr. Cohn has a particular burden not merely to relax regulations that are the bane of big banks while doing little to relieve the burden on their smaller competitors and tech start-ups. J.P. Morgan ’s Jamie Dimon and Goldman Sachs’s Lloyd Blankfein have argued against a wholesale repeal of Dodd-Frank, which has given these large incumbents a competitive advantage.

Although Mr. Cohn said the U.S. has the highest bank capital standards in the world, they aren’t as high as they should be. The trade he could offer Wall Street is less burdensome regulation in return for higher capital standards. The banks would then be freer to lend money while taxpayers have more protection against the next bailout. This would have the added political benefit of blunting the inevitable Democratic attacks that Messrs. Cohn and Trump are trying to help Wall Street [avoid?].