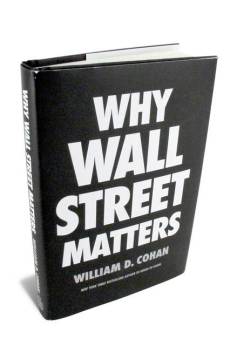 In today’s Wall Street Journal is a review of a recent  book, Why Wall Street Matters.  The author, William D. Cohan, is a strong proponent of these banking institutions, as we shall see.  The reviewer writes that in Cohan’s view, the main culprit in the financial meltdown was Wall Street’s compensation culture, the multi-million dollar bonuses, what Piketty calls “the rise of the super-managers,” which Dodd-Frank and the Volker Rule do nothing to address and should therefore be abolished. In their place, Cohan has a sensible and surprising recommendation, one that many of us would love to see instituted, if only it were possible.

Below are a series of extracts from the book review that will give you a sense of the author’s argument: 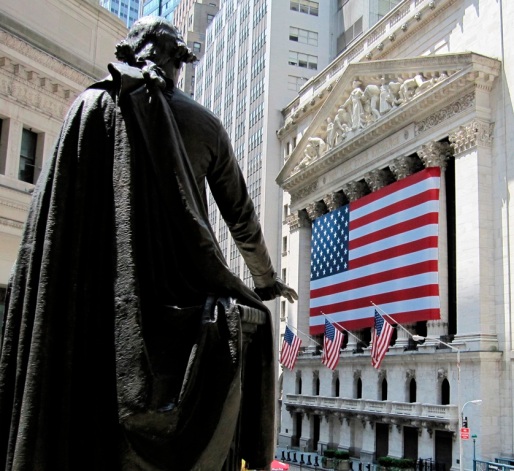 BOOKSHELF by Burton G. Makiel, for the Wall Street Journal

. . . The collective institutions that constitute “Wall Street,” he [author William D. Cohan] notes, provide a “monumentally important, utterly irreplaceable” service. Indeed, the ability of companies “to get the capital they need from the people who have it and want to invest it is one of the more amazing contraptions that the world has ever constructed.” Companies such as Apple would not exist without Wall Street. . . .

So what went wrong? Where did useful innovation morph into lunacy that almost brought down the whole system? The sea change began in 1969, Mr. Cohan says, when the first investment bank (Donaldson, Lufkin & Jenrette) sold equity to the public. Previously investment banks were partnerships whose capital came from the net worth of the individual partners, who would assume only the most modest risk since investment failure might endanger their life savings. But once a firm’s capital could be increased by debt and equity financing—in essence, by other people’s money—the calculus shifted.

Ultimately all the big banks went public, and a risk-reward system that had encouraged prudence was replaced by a culture of swinging for the fences in the hopes of getting a big annual bonus. When Bear Stearns and Lehman Brothers went under in 2008, they were allegedly capitalized with more than 30 parts debt to one part equity.

What is the solution? Mr. Cohan concedes that some parts of the Obama -era regulations made sense. Excessive leverage had created perverse incentives: All the gain accrued to equity holders, while the losses were taken mainly by debt holders. Requiring banks to have more equity capital, as the regulations did, helped make the system more stable. . . .

Mr. Cohan argues that much of the regulatory content of the Dodd-Frank law, enacted in 2010, should be dismantled or “junked”—including the so-called Volcker Rule, which blocks commercial banks from engaging in proprietary trading. Dodd-Frank is indeed overreaching and overcomplicated. . . .

He overstates the case, though, when he suggests that bank lending has been severely curtailed and that the “inevitable result” is to doom the economy “to a period of economic stagnation.” In fact, bank credit has grown 23% over the past three years. Nevertheless, borrowing today is needlessly difficult. There is an aversion to even prudent risk-taking, with regulators breathing down lenders’ necks.

Mr. Cohan’s solution is to replace Wall Street’s broken compensation system: the bonus culture that creates incentives to take big bets with other people’s money while avoiding accountability when the bets go bad. He says that we need to “return to a compensation system that more closely resembles that of the partnership culture” of earlier times. Going well beyond calls for a claw-back of bonuses when trouble hits, Mr. Cohan proposes that the leaders of Wall Street firms be required to put their entire net worth on the line. Their co-op apartments, houses in the Hamptons, art collections and bank accounts would all be “fodder for the bank’s creditors” if something goes wrong. . . .

What a splendid idea! How fitting and deserved. Would that it were possible.