Part Three of a five-part series from The New York Times about how tech companies are using strategies learned from video game practices to entice their employees into exceeding normal performance. 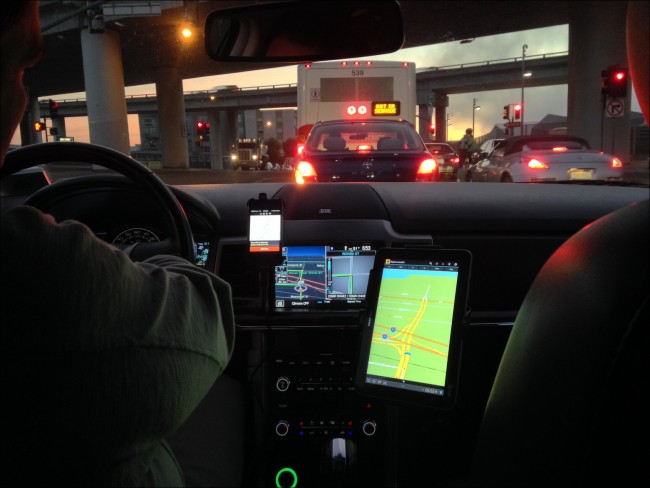 As he tried to log off at 7:13 a.m. on New Year’s Day last year, Josh Streeter, then an Uber driver in the Tampa, Fla., area, received a message on the company’s driver app with the headline “Make it to $330.” The text then explained: “You’re $10 away from making $330 in net earnings. Are you sure you want to go offline?” Below were two prompts: “Go offline” and “Keep driving.” The latter was already highlighted.

“I’ve got screen shots with dozens of these messages,” said Mr. Streeter, who began driving full time for Lyft and then Uber in 2014 but quit last year to invest in real estate.

Mr. Streeter was not alone. For months, when drivers tried to log out, the app would frequently tell them they were only a certain amount away from making a seemingly arbitrary sum for the day, or from matching their earnings from that point one week earlier.

The messages were intended to exploit another relatively widespread behavioral tic — people’s preoccupation with goals — to nudge them into driving longer.

Over the past 20 years, behavioral economists have found evidence for a phenomenon known as income targeting, in which workers who can decide how long to work each day, like cabdrivers, do so with a goal in mind — say, $100 — much the way marathon runners try to get their time below four hours or three hours. 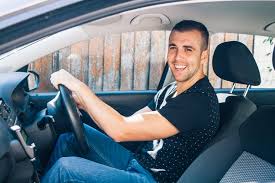 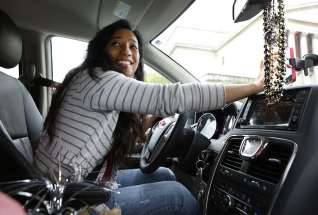 While there is debate among economists as to how widespread the practice is and how strictly cabdrivers follow such targets, top officials at Uber and Lyft have certainly concluded that many of their drivers set income goals. “Others are motivated by an income target for sure,” said Brian Hsu, the Lyft vice president in charge of supply. “You hear stories about people who want to buy that next thing.” He added, “We’ve started to allow drivers to set up those goals as well in the app.”

Uber even published a study last year, using its vast pile of data on drivers’ rides and hours, finding that a “substantial, although not most, fraction of partners” practice an extreme form of income targeting when they start on the platform, though they abandon it as they gain more experience. Strict income targeting is highly inefficient because it leads drivers to work long hours on days when business is slow and their hourly take is low, and to knock off early on days when business is brisk.

The beauty of the messages that Uber sent Mr. Streeter and his fellow drivers is that the drivers need not have even had a specific income goal in mind in order for the messages to work. Some of the most addictive games ever made, like the 1980s and ’90s hit Tetris, rely on a feeling of progress toward a goal that is always just beyond the player’s grasp. As the psychologist Adam Alter writes in his book “Irresistible,” this mental state has a name: the “ludic loop.” (The term was coined by the anthropologist and slot machine expert Natasha Schüll.)

Uber, for its part, appears to be aware of the ludic loop. In its messages to drivers, it included a graphic of an engine gauge with a needle that came tantalizingly close to, but was still short of, a dollar sign.

And the ludic loop is far from the only video game feature that Uber has adapted as a way of keeping drivers on the road.

At any moment, the app shows drivers how many trips they have taken in the current week, how much money they have made, how much time they have spent logged on and what their overall rating from passengers is. All of these metrics can stimulate the competitive juices that drive compulsive game-playing.

“The whole thing is like a video game,” said Eli Solomon, a veteran Uber and Lyft driver in the Chicago area, who said he sometimes had to fight the urge to work more after glancing at his data.

Sometimes the so-called gamification is quite literal. Like players on video game platforms such as Xbox, PlayStation and Pogo, Uber drivers can earn badges for achievements like Above and Beyond (denoted on the app by a cartoon of a rocket blasting off), Excellent Service (marked by a picture of a sparkling diamond) and Entertaining Drive (a pair of Groucho Marx glasses with nose and eyebrows).

Of course, managers have been borrowing from the logic of games for generations, as when they set up contests and competition among workers. More overt forms of gamification have proliferated during the past decade. For example, Microsoft has used the approach to entice workers to perform the otherwise sleep-inducing task of software debugging.

But Uber can go much further. Because it mediates its drivers’ entire work experience through an app, there are few limits to the elements it can gamify. Uber collects staggering amounts of data that allow it to discard game features that do not work and refine those that do. And because its workers are contractors, the gamification strategies are not hemmed in by employment law.

Kevin Werbach, a business professor who has written extensively on the subject, said that while gamification could be a force for good in the gig economy — for example, by creating bonds among workers who do not share a physical space — there was a danger of abuse. “If what you’re doing is basically saying, ‘We’ve found a cheap way to get you to do work without paying you for it, we’ll pay you in badges that don’t cost anything,’ that’s a manipulative way to go about it,” he said.

For some drivers, that is precisely the effect. Scott Weber said he drove full time most weeks last year, picking up passengers in the Tampa area for both Uber and Lyft, yet made less than $20,000 before expenses like gas and maintenance. “I was a business that had a loss,” said Mr. Weber, who is looking for another job. “I’m using payday loans.”

Still, when asked about the badges he earns while driving for Uber, Mr. Weber practically gushed. “I’ve got currently 12 excellent-service and nine great-conversation badges,” he said in an interview in early March. “It tells me where I’m at.”