We have been out of commission for some time, due to the breakdown of our internet system. But this morning we are back in business with a smashing article from the Sunday New York Times on artificial intelligence and the devastating effect it will have for the future of our economy by a man who is at the center of this world game-changer.

. . . the A.I. products that now exist are improving faster than most people realize and promise to radically transform our world, not always for the better. They are only tools, not a competing form of intelligence. But they will reshape what work means and how wealth is created, leading to unprecedented economic inequalities and even altering the global balance of power.

It is imperative that we turn our attention to these imminent challenges.

What is artificial intelligence today? Roughly speaking, it’s technology that takes in huge amounts of information from a specific domain (say, loan repayment histories) and uses it to make a decision in a specific case (whether to give an individual a loan) in the service of a specified goal (maximizing profits for the lender). Think of a spreadsheet on steroids, trained on big data. These tools can outperform human beings at a given task.

This kind of A.I. is spreading to thousands of domains (not just loans), and as it does, it will eliminate many jobs. Bank tellers, customer service representatives, telemarketers, stock and bond traders, even paralegals and radiologists will gradually be replaced by such software. Over time this technology will come to control semiautonomous and autonomous hardware like self-driving cars and robots, displacing factory workers, construction workers, drivers, delivery workers and many others.

Unlike the Industrial Revolution and the computer revolution, the A.I. revolution is not taking certain jobs (artisans, personal assistants who use paper and typewriters) and replacing them with other jobs (assembly-line workers, personal assistants conversant with computers). Instead, it is poised to bring about a wide-scale decimation of jobs — mostly lower-paying jobs, but some higher-paying ones, too.

This transformation will result in enormous profits for the companies that develop A.I., as well as for the companies that adopt it. Imagine how much money a company like Uber would make if it used only robot drivers. Imagine the profits if Apple could manufacture its products without human labor. Imagine the gains to a loan company that could issue 30 million loans a year with virtually no human involvement. (As it happens, my venture capital firm has invested in just such a loan company.)

We are thus facing two developments that do not sit easily together: enormous wealth concentrated in relatively few hands and enormous numbers of people out of work. What is to be done?

Part of the answer will involve educating or retraining people in tasks A.I. tools aren’t good at. Artificial intelligence is poorly suited for jobs involving creativity, planning and “cross-domain” thinking — for example, the work of a trial lawyer. But these skills are typically required by high-paying jobs that may be hard to retrain displaced workers to do. More promising are lower-paying jobs involving the “people skills” that A.I. lacks: social workers, bartenders, concierges — professions requiring nuanced human interaction. But here, too, there is a problem: How many bartenders does a society really need?

The solution to the problem of mass unemployment, I suspect, will involve “service jobs of love.” These are jobs that A.I. cannot do, that society needs and that give people a sense of purpose. Examples include accompanying an older person to visit a doctor, mentoring at an orphanage and serving as a sponsor at Alcoholics Anonymous — or, potentially soon, Virtual Reality Anonymous (for those addicted to their parallel lives in computer-generated simulations). The volunteer service jobs of today, in other words, may turn into the real jobs of the future. 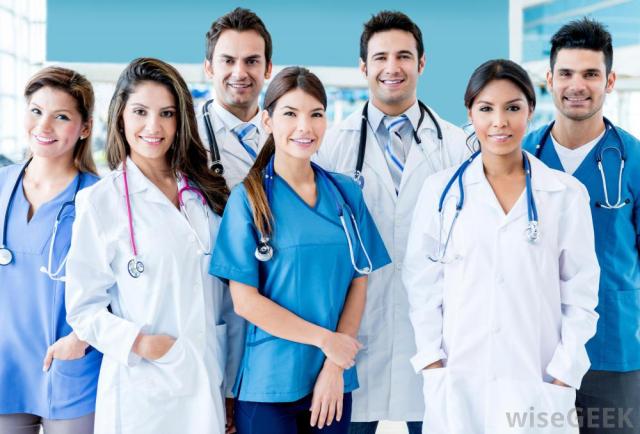 Other volunteer jobs may be higher-paying and professional, such as compassionate medical service providers who serve as the “human interface” for A.I. programs that diagnose cancer. In all cases, people will be able to choose to work fewer hours than they do now.

Who will pay for these jobs? Here is where the enormous wealth concentrated in relatively few hands comes in. It strikes me as unavoidable that large chunks of the money created by A.I. will have to be transferred to those whose jobs have been displaced. This seems feasible only through Keynesian policies of increased government spending, presumably raised through taxation on wealthy companies.

As for what form that social welfare would take, I would argue for a conditional universal basic income: welfare offered to those who have a financial need, on the condition they either show an effort to receive training that would make them employable or commit to a certain number of hours of “service of love” voluntarism.

To fund this, tax rates will have to be high. The government will not only have to subsidize most people’s lives and work; it will also have to compensate for the loss of individual tax revenue previously collected from employed individuals.

This leads to the final and perhaps most consequential challenge of A.I. The Keynesian approach I have sketched out may be feasible in the United States and China, which will have enough successful A.I. businesses to fund welfare initiatives via taxes. But what about other countries?

For example, the Chinese speech-recognition company iFlytek and several Chinese face-recognition companies such as Megvii and SenseTime have become industry leaders, as measured by market capitalization. The United States is spearheading the development of autonomous vehicles, led by companies like Google, Tesla and Uber. As for the consumer internet market, seven American or Chinese companies — Google, Facebook, Microsoft, Amazon, Baidu, Alibaba and Tencent — are making extensive use of A.I. and expanding operations to other countries, essentially owning those A.I. markets. It seems American businesses will dominate in developed markets and some developing markets, while Chinese companies will win in most developing markets.

The other challenge for many countries that are not China or the United States is that their populations are increasing, especially in the developing world. While a large, growing population can be an economic asset (as in China and India in recent decades), in the age of A.I. it will be an economic liability because it will comprise mostly displaced workers, not productive ones.

So if most countries will not be able to tax ultra-profitable A.I. companies to subsidize their workers, what options will they have? I foresee only one: Unless they wish to plunge their people into poverty, they will be forced to negotiate with whichever country supplies most of their A.I. software — China or the United States — to essentially become that country’s economic dependent, taking in welfare subsidies in exchange for letting the “parent” nation’s A.I. companies continue to profit from the dependent country’s users. Such economic arrangements would reshape today’s geopolitical alliances.

One way or another, we are going to have to start thinking about how to minimize the looming A.I.-fueled gap between the haves and the have-nots, both within and between nations. Or to put the matter more optimistically: A.I. is presenting us with an opportunity to rethink economic inequality on a global scale. These challenges are too far-ranging in their effects for any nation to isolate itself from the rest of the world.

Kai-Fu Lee is the chairman and chief executive of Sinovation Ventures, a venture capital firm, and the president of its Artificial Intelligence Institute.