Another typical story of privatization—profiteering from someone else’s misery and pain—lifted from The New York Times. 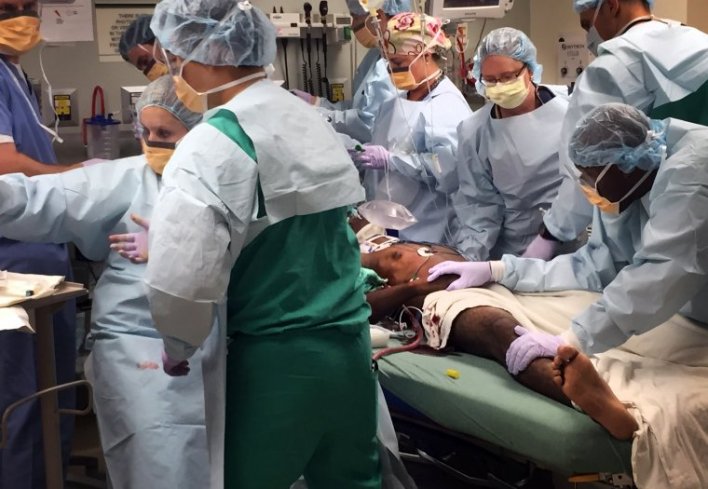 Early last year, executives at a small hospital an hour north of Spokane, Wash., started using a company called EmCare to staff and run their emergency room. The hospital had been struggling to find doctors to work in its E.R., and turning to EmCare was something hundreds of other hospitals across the country had done. That is when the trouble began. Before EmCare, about 6 percent of patient visits in the hospital’s emergency room were billed for the most complex, expensive level of care. After EmCare arrived, nearly 28 percent got the highest level billing code.

On top of that, the hospital, Newport Hospital and Health Services, was getting calls from confused patients who had received surprisingly large bills from the emergency room doctors. Although the hospital had negotiated rates for its fees with many major health insurers, the EmCare physicians were not part of those networks and were sending high bills directly to the patients. For a patient needing care with the highest-level billing code, the hospital’s previous physicians had been charging $467; EmCare’s charged $1,649. . . .

After slipping on some wet leaves outside her house in Crescent City, Calif., in February, Debra Brown, a 60-year-old county accounting clerk, wound up at Sutter Coast Hospital. She is paying off her deductible, but her insurer covered most of her remaining hospital bill. She was shocked to get an additional bill from a doctor who she said never identified himself and only briefly touched her broken ankle. That physician worked for EmCare. Her portion of the bill is more than $500.

“Now I’m going to have to pay this bill off, and I can’t afford to see a doctor about my high blood pressure medication,” Ms. Brown said. “This is insane, and it’s greedy.”

Nationwide, more than one in five visits to an in-network emergency room results in an out-of-network doctor’s bill, previous studies found. But the new Yale research, released by the National Bureau of Economic Research, found those bills are not randomly sprinkled throughout the nation’s hospitals. They come mostly from a select group of E.R. doctors at particular hospitals. At about 15 percent of the hospitals, out-of-network rates were over 80 percent, the study found. Many of the emergency rooms in that fraction of hospitals were run by EmCare. . . . 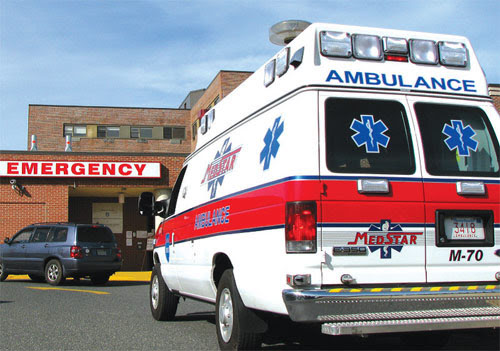 Nearly a quarter of all emergency room doctors now work for a national staffing firm, according to a 2013 Deutsche Bank report. EmCare in particular has thrived. Founded in the 1970s, it has grown rapidly in recent years.

Its sales pitch to hospitals is that it can find high-quality doctors and run emergency rooms more efficiently. It offers a software program called RAP & GO (short for Rapid Admission Process and Gap Orders) that it says speeds admissions and potentially produces “significant new hospital revenue.”

Some doctors say the staffing companies save them from the administrative headaches of billing and scheduling.

In addition to its work in emergency rooms, EmCare has been buying up groups of anesthesiologists and radiologists. In these hospital specialties, it is hard for patients to shop, and out-of-network billing is common.

EmCare’s size and reach have made some doctors wary of criticizing its practices. According to Dr. Carol Cunningham, an emergency room physician in Ohio, that is especially true in places where there is little alternative to working for a large staffing company. “You may have trouble finding something in the area,” she said. 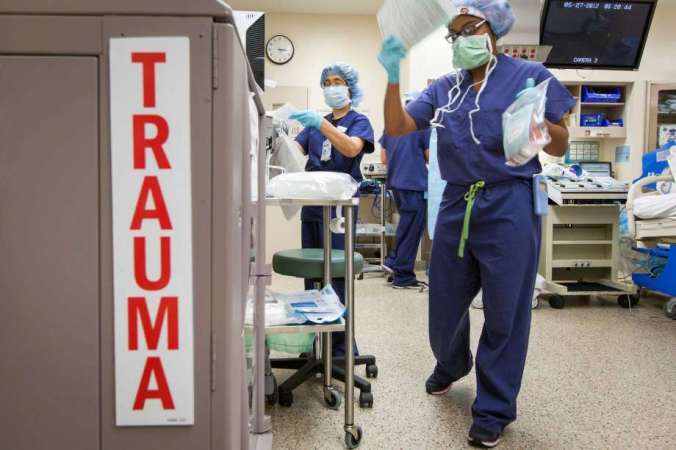 But some doctors outside the E.R. have been less reticent. Dr. Gregory Duncan, chief of surgery at Sutter Coast, the hospital in Crescent City, Calif., said patients started complaining about bills they received after EmCare took over the emergency room in 2015.

“I discovered a pattern of inflated bills and out-of-network bills,” he said. “What they are doing is egregious billing.”

Dr. Duncan, who also sits on the county health care district board, has joined with other elected officials in asking Sutter Coast to terminate its contract with EmCare.

In response, Mitch Hanna, the chief executive of Sutter Coast, said in an email that the hospital chose EmCare because of its ability to fully staff its emergency department. He added that he understood EmCare was working to bring two large commercial insurers into its network by the end of the year.

EmCare said in early February that it planned to reach agreements with insurers for most of its doctors. The company also said it was working with insurers, hospitals, lawmakers and others to make sure patients get appropriate care “without creating undue financial burden.” The American College of Emergency Physicians favors an approach in which out-of-network emergency room doctors are paid a standard rate.

California recently passed a law setting a maximum amount that out-of-network doctors can charge patients. Other states, including Florida and New York, have also passed laws to limit surprise bills.

But many state efforts to reduce surprise billing have been met by fierce lobbying from doctors who oppose efforts to weaken their bargaining position, said Chuck Bell, the programs director at the consumer advocacy group Consumers Union.