Vanguard, foremost in the field of investor-oriented mutual funds (as opposed to manager- oriented), has been one of the first to adopt automated financial advice for its investors in order to reduce costs to as low as 0.3%. This three-part article from WSJ continues.

About two years ago, Vanguard Group, known for serving do-it-yourselfers, started undercutting the financial-adviser industry with an annual advice fee of 0.3%.

Assets in its service, which combines recommendations from computer-driven algorithms with phone, video and email consultations with human advisers, grew to about $35 billion in the first year and to $83 billion by end of last month, according to the firm.

Joe McDonald of Titus, Ala., was an early customer. Long a do-it-yourself investor, he decided he needed an adviser after making an ill-timed move into an all-cash portfolio after Barack Obama’s 2008 election.

“I pulled out and stayed in cash until 2014, which was a terrible mistake,” said the 74-year-old retired electrical engineer. “I found I didn’t really have the discipline to stick with my own plan.”

He thought about hiring a traditional adviser in Florida who charges 1% of assets under management. His wife wasn’t comfortable entrusting money with someone she didn’t know, he said.

Mr. McDonald said he first invested in a mutual fund from Vanguard in 1983. He liked its 0.3% fee on an account with advice, and moved his roughly $500,000 in retirement accounts there.

At Schwab, assets handled by financial advisers, including those at independent firms that use Schwab’s services, now account for more than half of the firm’s total assets. In recent years, the discount brokerage firm has added a range of options for those seeking advice, including a “robo” service introduced in 2015 that uses algorithms to build and monitor portfolios.

At Fidelity, assets handled with financial advice, either from the firm or from independent advisers who use its services, have nearly doubled over five years.

Part of the shift is generational, as younger adults appear to trust technology more than what they see as salesmanship. “Kids are saying to their parents, ‘Why the hell are you paying so much to your adviser? Is it worth 1% a year to have somebody to play golf with?’ ” said Joe Duran, chief executive of United Capital Financial Advisers LLC, an investment-management and financial-planning firm that also provides services to advisers.

Independent robo advisers that target younger customers—with fees as low as zero for the smallest accounts—have enjoyed hefty growth. Betterment and Wealthfront say they manage $9.7 billion and $7.1 billion in assets, respectively, up from $5.1 billion and $3.5 billion a year ago. 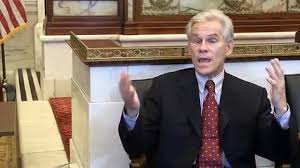 Some dealmakers are buying up traditional financial advisers with an eye toward consolidating and cutting costs, saying the industry has too many firms with outmoded technology and high overhead. The first half of 2017 was the most active yet for mergers and acquisitions among financial advisers, according to consulting and investment-banking firm DeVoe & Co.