We discovered this article on forthcoming tax cuts by the President in a recent New York Times and we reproduce it in a highly abbreviated form. The author believes such a corporate tax rate to be not only achievable  but also desirable. However, he sees that great difficulties in instituting it lie ahead, created largely by the inflexible ideologies of his followers on the right and by the President himself. We offer the article as an introduction to the weeks of debate over the new tax laws that will follow in Congress.

President Trump at the White House last week. He has said he wants to cap the corporate tax rate at 15 percent, turning what is now the highest rate among industrialized nations into one of the lowest. Credit Justin Gilliland/The New York Times

There’s no doubt that a cut to 15 percent [from the current 35 percent] would be big, bold and historic. It might even be the biggest cut ever in corporate tax rates, to use another superlative Mr. Trump is fond of invoking. . . .

A 15 percent rate would take the United States from having the highest corporate tax rate among industrialized nations to having one of the lowest. Britain is moving to 17 percent, Canada’s federal rate has already gotten to 15 percent, and Ireland’s is at 12.5 percent. . . .

There’s only one major stumbling block to a 15 percent rate, and the conventional wisdom is that it’s an intractable one: how to pay for it.

According to estimates by the Tax Foundation, a cut in the corporate rate to 15 percent would add $2.2 trillion to the deficit over 10 years on a “static” basis, which assumes no additional economic growth. After factoring in growth and higher resulting tax receipts, known as “dynamic” scoring, the deficit would grow by $1 trillion, according to the foundation. . . .

How big is the challenge? In their tax blueprint, House Republicans could only get the corporate rate to 20 percent. The 2014 proposal from Representative Dave Camp, a Michigan Republican who was then the House Ways and Means Committee chairman, struggled to reach 25 percent. And when President Barack Obama nearly reached a “grand bargain” on tax reform with Republicans in 2013, he could only get to 28 percent, with 25 percent for some manufacturers. . . .

For starters, eliminating the deductions and loopholes in the corporate tax code would go a long way toward paying for a significant corporate rate cut. There are so many of these that few companies actually pay the 35 percent statutory rate.

“Corporations benefit from all kinds of loopholes, especially the one allowing earnings to accumulate offshore without being taxed,” said Steven M. Rosenthal, a tax expert and senior fellow at the Urban-Brookings Tax Policy Center.

The Joint Committee on Taxation estimated that in 2016 the corporate income tax raised $300 billion in revenue, while what is called “targeted subsidies” cost about $270 billion. In other words, Congress could eliminate these subsidies and cut the corporate rate nearly in half without any significant loss in revenue. . . .

Another possibility would be to shift at least some of the tax burden from corporations to shareholders, by raising tax rates on capital gains and dividend income. Many economists favor that approach, because it reduces the double-taxation problem embedded in the current system. (Corporations pay taxes on profits, and then, when these are distributed, shareholders pay.) The added tax burden would fall primarily on affluent taxpayers since they tend to own stocks, helping to rebut the argument that slashing the corporate rate would be a tax cut for the wealthy.

While it’s difficult to estimate how much additional tax revenue would be generated if dividends and capital gains were taxed at the same rate as ordinary income, it would surely be substantial, another big step toward a 15 percent corporate rate. . . . 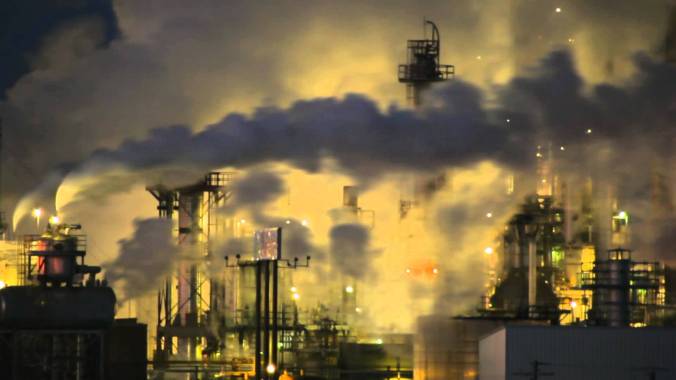 Environmentalists and many economists would love to see a carbon tax, which would presumably be repellent to an administration that is skeptical of climate change and wants to promote the coal industry. . . .

Then there’s the 15 percent pass-through rate. While taxing small businesses and partnerships at the same rate as corporations has a superficial appeal, there’s nothing that says they have to be the same. As the Tax Foundation maintains, cutting rates on these businesses has relatively little impact on growth. The House Republican blueprint was comfortable with a rate of 25 percent for small businesses and pass-through taxpayers, still a significant reduction from current ordinary income rates. And the 1986 reform act didn’t require that pass-through entities pay the same rate as corporations. . . .

The closer the pass-through rate is to ordinary income rates, the lower the incentive for lawyers, accountants, doctors and other service professionals to reorganize themselves into pass-through entities to avoid paying the higher rates. . . .

Everyone I spoke to mentioned that lowering corporate tax rates to anything close to 15 percent requires political courage and leadership to overcome the powerful special interests that benefit from existing loopholes — starting with real estate. Whether Mr. Trump can set aside personal interests and rise to the challenge remains to be seen.