Sorry to put this out so late. By accident Parts II and III got posted before Part I.

“Automation is threatening one of the most personal businesses in personal finance: advice.” So begins this three part article in today’s Wall Street Journal. Ironic, isn’t it, that being replaced by automation—which managers haven’t hesitated to inflict on workers in the quest for higher profits—is now being imposed on them. It turns out that a great deal of the mystique of financial advising is spurious—since it can be done equally well by automation. 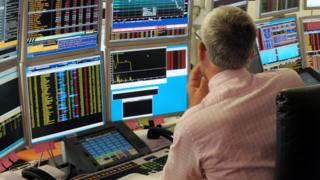 Because the original article is very long and complete in reporting this turn of events, we have broken it down into three parts.

Over the past decade, financial advisers in brokerage houses and independent firms have amassed trillions in assets helping individuals shape investment portfolios and hammer out financial plans. They earn around 1% of these assets in annual fees, a cost advisers say is deserved because they understand clients’ particular situations and can provide assurance when markets fall.

In the latest test of the reach of technology, a new breed of competitors— including Betterment LLC and Wealthfront Inc. but also initiatives from established firms such as Vanguard—is contending even the most personal financial advice can be delivered online, over the phone or by videoconferencing, with fees as low as zero. The goal is to provide good-enough quality at a much lower price.

“It’s always been questionable whether or not advisers were earning our money at 1% and up,” said Paul Auslander, director of financial planning at ProVise Management Group in Clearwater, Fla., who says potential clients now compare him with less expensive alternatives. “The spread’s got to narrow.”

The shift has big implications for financial firms that count on advice as a source of stable profits, as well as for rivals trying to build new businesses at lower prices. It also could mean millions in annual savings for consumers and could expand the overall market for advice.

Competitors across the spectrum agree the demand is there. Advice “is big and growing—it’s what clients are looking for,” said Roger Hobby, executive vice president of private wealth management at Fidelity Investments.

The hunger for help marks a shift from the 1990s, when do-it-yourself investing was in vogue. Back then, the adoption of 401(k) plans moved responsibility for investment choices to company employees just as one of the biggest bull markets in history was boosting individuals’ confidence in their investing prowess. Meanwhile, pioneering online brokerage firms made trading inexpensive and convenient.

After internet stocks collapsed in 2000, along with the broader stock market eight years later, many individuals sought help. In the past decade, baby boomers started to retire and wanted technical guidance on drawing down their assets.

The advice industry expanded with the demand. Besides managing people’s investment portfolios—handling the trades, not merely suggesting them—some financial advisers also provide help with budgets or tax and estate planning.

The number of advisory firms grew to almost 3,900 in 2017, up from fewer than 750 in 2002, according to a Wall Street Journal analysis of Securities and Exchange Commission data. This universe of firms handles at least $100 million in assets each and provides both investment management and financial planning to individuals.

As of March 2017, such firms collectively had $5.5 trillion in assets on which they made investment decisions, the Journal’s analysis found. That is about six times as much as in 2002.

Throughout this period, advice fees have largely held steady—typically 1% of assets, with a potential discount for big accounts. One reason the standard held is many clients value aspects of advice that can’t always be measured or easily compared.

After being rebuffed, Mr. Hunt shopped for a new adviser for his $1.3 million portfolio at firms including Charles Schwab Corp. , TD Ameritrade Inc. and Edward Jones. The former Naval officer and defense-contractor employee concluded his current Virginia advisory firm offers services, such as tax-sensitive investing and stock picking, that might be hard to replicate for a lower cost.

“I couldn’t get the exact twin,” he said.

Many firms are wagering that other customers will take less, for less.