There are times when politics cannot be avoided. Our blog much prefers to remain neutral with regard to Republican/Democrat, Rich/Poor, Upper Class/Working Class, Elitist/Populist, Conservative/Progressive, feeling that the solution to Inequality lies somewhere in between and will require concessions and understanding from both sides to achieve. The issue is one of economics and should be understood that way.  It is not ideological.

What occurred in Charlotteville, Virginia earlier this week has made it impossible for those heads of major companies who advise the President to remain neutral.  Their break with the President  will have consequences with the economy and therefore we must take note of it.

The bar for a chief executive of a public corporation to repudiate a United States president is extraordinarily high. Corporate leaders aren’t given their power, prestige, responsibility and nine-figure pay packages to use the corner office as their personal soapbox.

With President Trump’s comments on white supremacists and other right-wing extremists ringing in the ears of America’s chief executives, that high bar appears to have been passed.

This week, what had been a trickle of defections from the White House business advisory councils over issues like immigration and climate change turned into a torrent. By Wednesday, both of the councils had collapsed; Mr. Trump insisted that he had decided to disband them.

Such a public schism between a president and a business leadership long considered the backbone of the Republican establishment left corporate historians at a loss for precedent. “There’s never been anything to compare to this,” said Jeffrey A. Sonnenfeld, a dean of leadership studies at the Yale School of Management and the author of “Firing Back: How Great Leaders Rebound From Career Disasters.” 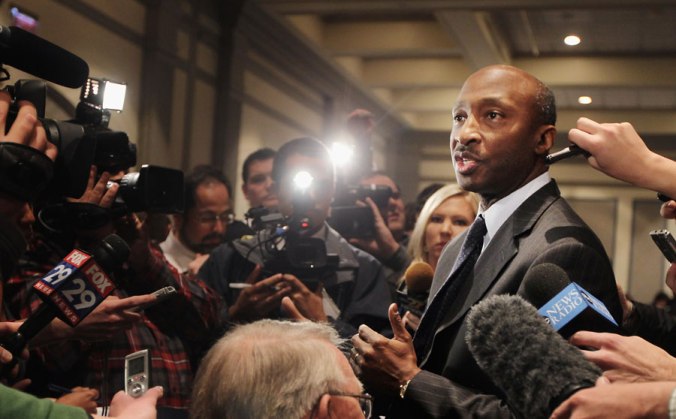 Referring to a tweet by Mr. Trump criticizing Kenneth Frazier, the Merck executive who led this week’s corporate retreat from the White House councils, Mr.Sonnenfeld,  said, “Never in history has a president attacked and threatened the chief executive of a major U.S. corporation like that.”

After provoking a furor with his initial failure to condemn the white supremacists behind last weekend’s violence in Charlottesville, Va., Mr. Trump might have staved off a full-scale exodus with his somewhat stilted but conciliatory comments on Monday. But then he reignited the flames at a news conference on Tuesday at which he said there was “blame on both sides,” including club-wielding members of what he called the “alt-left,” for the Charlottesville violence.

As pressure mounted on prominent council members like Jamie Dimon of JPMorgan Chase, Stephen A. Schwarzman of the Blackstone Group, Ginni Rometti of IBM and Indra Nooyi of PepsiCo, as well as other chief executives who remained silent or issued platitudes, corporate boards were hastily meeting to map strategy. “I’ve heard from 24 chief executives in the past two days,” Mr. Sonnenfeld said on Wednesday. “Boards are having ad hoc conference calls. People are very worried and concerned.”

Those conversations have been far more complicated than one might expect. It’s safe to say that no chief executive wants to be identified with white supremacy, racism or domestic terrorism. At the same time the president wields enormous influence over their shareholders, employees and customers.

“Chief executives don’t have the luxury of ventilating their personal political opinions, whatever they might be,” Mr. Elson said. “They shouldn’t let their personal views influence their business decisions. If they really feel strongly about something, they can always resign and then say whatever they want.”

As he told me shortly after Mr. Trump took office, “When the president calls, you should go to see him, regardless of your political persuasion, out of respect for the office.”

Back then, Mr. Sonnenfeld, too, praised Mr. Trump’s openness to business views . . .

This week was a different story. After the Charlottesville events and Mr. Trump’s comments, “chief executives have a moral duty to use their position as a bully pulpit and to speak out,” Mr. Sonnenfeld said, adding that George Weyerhaeuser, a former chairman of the giant timber and wood products company bearing his name, had once told him, “We have a license to operate from society, and if we violate that license it can be revoked.”

Or as Mr. Elson told me, “At some point, if identification with the administration becomes so polarizing that it impairs your ability to run the company, then you may have to do something.”

Weighing the benefits of advising a president steeped in controversy versus the risks to shareholders and other constituents from potential consumer boycotts is a calculus that varies widely from company to company.

Unlike some companies with a large consumer base to appease, Boeing has thrived by burnishing its ties to Mr. Trump.

At one extreme is a company like Boeing, which, as I noted last week, has thrived by burnishing its ties to Mr. Trump, who posed for photos in front of a 787 Dreamliner at a nonunion Boeing plant in South Carolina. Boeing is one of the federal government’s largest contractors ($1.1 billion was allotted recently for 14 Boeing fighter jets); the Export-Import Bank once threatened by Mr. Trump finances many of Boeing’s buyers; a host of other executive-branch decisions affect its profits; and it has no direct exposure to consumers.

At the opposite end of the spectrum is Under Armour, the maker of athletic wear, whose chief executive, Kevin Plank, left the president’s council earlier this week. Under Armour’s success depends in part on endorsements from celebrity athletes, many of whom — like Stephen Curry, the basketball star — are African-American. Under Armour customers had already organized a consumer boycott on social media earlier this year, prompting Mr. Plank to issue an open letter pledging to be “a force of unity, growth and optimism for our city and our country” and to oppose “any new actions that negatively impact our team, our neighbors or their families.” 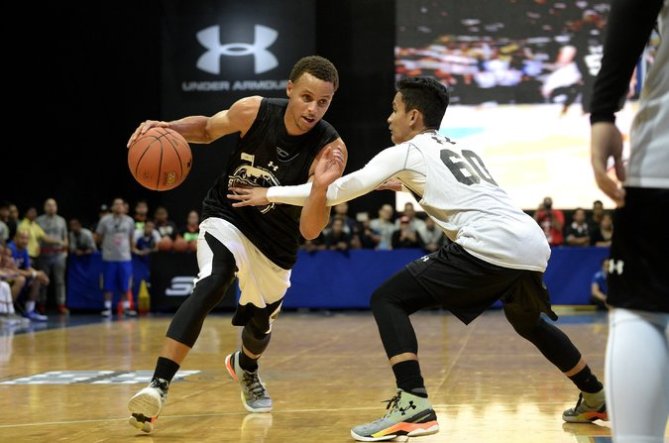 Stephen Curry is among a number of African-American players who endorse products by Under Armour, an athletic wear company that has pledged to be “a force of unity, growth and optimism for our city and our country.”

That new action appears to have arrived.

“The risk of consumer blowback is especially acute for companies like Under Armour, and you’ve seen this elsewhere in the retail space,” Mr. Sonnenfeld said. But he noted that speaking out against a social scourge like racism can also enhance a brand. “Taking a public stand doesn’t mean there’s a misalignment with shareholder interests,” he said. “It can be the right thing to do. Howard Schultz has done this very effectively at Starbucks.”

On Monday, Mr. Schultz publicly criticized the president’s response to the Charlottesville events, and on Wednesday he spoke at an emotional companywide meeting. “I come to you as an American, as a Jew, as a parent, as a grandparent, as an almost 40-year partner of a company I love so dearly,” he said. “I come to you with profound, profound concern about the lack of character, morality, humanity and what this might mean for young children and young generations.” 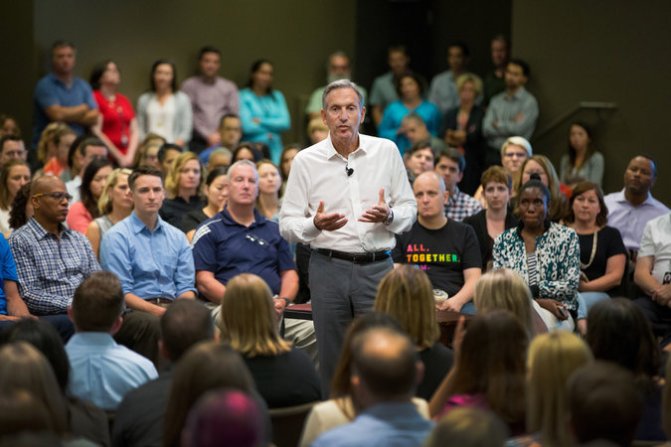 Howard Schultz, the chief executive of Starbucks, told employees on Wednesday that he had “profound, profound concern about the lack of character, morality, humanity” that he said was exhibited in Mr. Trump’s remarks.

Historically, corporate aversion to politics has at times held firm even under national leadership that threatens the health of the economy, and with it the well-being of every company. The most notorious example was the support of German industry for Hitler and the Nazi regime, which ended up destroying the nation’s economy. American companies also worked with the Nazis before the United States entered the war, including — as the current Amazon production of F. Scott Fitzgerald’s “The Last Tycoon” reminds us — Hollywood studios.

Comparing the Trump administration to the Nazis may be a stretch, but many business leaders are concerned that stirring up deep-seated racial and nationalist animosities could be destabilizing, leading to riots, property damage and widespread civil unrest reminiscent of the late 1960s. . . .

In such circumstances, collective action by business leaders is often the most effective course, as members of the president’s advisory councils appear to have decided this week. That way no one company bears the brunt of the president’s wrath.

After Mr. Trump’s comments about Charlottesville, Mr. Sonnenfeld has been among those calling for collective opposition. “Fomenting racial unrest is not in the nation’s interest and it’s not in businesses’ interest,” he said. “Divide and conquer has always been Trump’s strategy, and somehow it has worked until now. The way to take a bully down is through collective action.”