This is the Part One of a devastating story from The New York Times about the Consumer Financial Protection Bureau and its chief, Richard Cordray.  Installed during the Obama presidency to protect the consumer from the depredations of the financial industry, the bureau has been clearly designated by the present administration for either total elimination or drastic reduction.The financial industry, it seems, will only be satisfied when all consumers are lined up like sitting ducks, waiting to be picked off with impunity.

. . . In the weeks after the election, Richard Cordray, the Democrat who leads the agency, the Consumer Financial Protection Bureau, directed his staff to compile stories from ordinary Americans thanking it for resolving complaints. 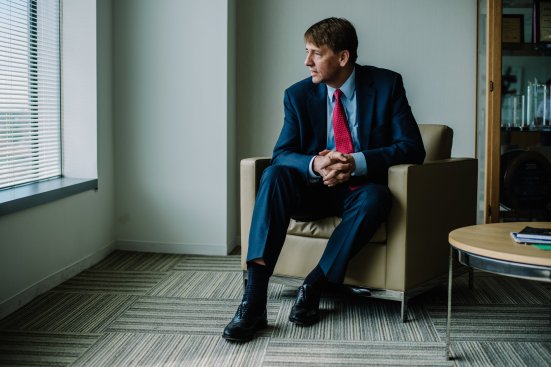 The anecdotes, which he solicited in an email to share with the Trump transition team, could provide a counterpoint to critics who had cast the agency as a regulatory scourge on the economy. And implicit in his request to employees was the belief that some accolades would come from parts of the country that helped elect Mr. Trump — evidence that the popularity of consumer safeguards transcends party divisions.

“There must be hundreds of such stories,” Mr. Cordray wrote in the email in November, which was obtained in a public records request. He added, “I can think of no better vindication” of the agency’s consumer relief efforts.

While many federal agencies have begun to loosen the reins on the companies they regulate, the Consumer Financial Protection Bureau, born out of the Dodd-Frank financial law in 2010, has taken the opposite course. Congress granted it unusually broad authority — and autonomy from the White House and Congress — to both enforce existing federal rules and write new ones, including issuing fines against financial companies.

Under Mr. Trump it has openly embraced its mission, cracking down on debt collectors, pushing out a major new financial rule on arbitration and pursuing a flurry of enforcement actions against payday lenders and others.

The approach, outlined in emails and other documents obtained through the public records request by The New York Times, comes as the Trump administration has taken an uncharacteristically low-key public stance toward the agency, a prominent blue holdout in a federal regulatory regime newly awash in red.

The White House’s restraint was based in part on a pragmatic assessment, according to people familiar with the strategy. At one point, contemplating a high-profile run on the agency, the White House examined polling data from political bellwether states, two people briefed on the matter said. The agency, they concluded, was too popular to pick a public fight with.

Republicans in Congress, who have vehemently opposed the agency since its creation, have also been unable to muster enough support to derail its work. Efforts to strike down a rule ordering new consumer protections on prepaid debit cards never made it to a vote in either the House or the Senate

“The public does not share the G.O.P.’s ire toward the agency or its mission,” said Dean Clancy, a Tea Party activist who worked in the White House under President George W. Bush and is now a policy analyst who tracks actions of the consumer bureau. “It is an agency about protecting the little guy, and that is tough to oppose.”

The stories of gratitude rounded up by the agency’s staff for Mr. Cordray illustrated its appeal. Among them was a homeowner in Tennessee who got a disputed lien removed from a property, someone in Kentucky who got assistance warding off a debt collector pursuing a medical bill that had been paid, and a person in Pennsylvania who said the agency helped resolve a contested credit card debt.

That doesn’t mean the Trump administration and other opponents have given up on neutralizing the bureau’s work. . . .

Lobbyists for the financial industry are working behind the scenes on efforts to dismantle some of the bureau’s signature initiatives, according to people directly involved in the plans. They include lawsuits to be filed in reliably conservative courts when new regulations are issued.

For now, though, it is mostly a waiting game. Mr. Cordray’s term as director expires next July, when he could be replaced with a sympathetic Trump appointee. That moment could come earlier as there is speculation that Mr. Cordray might resign — perhaps soon — to enter the Democratic primary for governor in Ohio.