We’ve written and blogged a great deal about truck drivers in the past because truck driving is one of the few occupations a young man or woman can look forward to doing well in without having to go to college (see the salaries in the following article). But from this article we learn that driving a truck does not offer a lifestyle that attracts young Americans, in spite of rising wages.

Long-haul trucking  has also been threatened by automation (imagine the big rigs on American highways becoming driverless—what a great Spielberg movie that could make). But, as you will learn from the news item that follows this article, long-distance hauling is limited for the time being, even in Elon Musk’s futuristic vision, by battery size.

Trucking companies are worried about finding enough drivers now that the freight market is recovering.

Shipping demand is strengthening after a roughly two-year slump, as manufacturing activity expands and retailers stock up in advance of the holiday season. Meanwhile, fleets are reporting trouble recruiting qualified drivers to haul those loads. Some are raising wages even before they secure rate increases from shippers.

Long-haul truck drivers often hop from one fleet to the next in search of better pay or other benefits, such as schedules that permit them to spend more nights at home. They also tend to be older than the general workforce, fueling concern about driver supply as more truckers near retirement age and younger people enter other fields.

A tight employment market compounds the issue, as the construction and energy sectors draw from the same labor pool. Long-haul truckers make on average about $55,000 a year, compared with the roughly $80,000 to $100,000 they could earn driving for the oil-and-gas industry, said Bob Costello, chief economist with the American Trucking Associations, an industry group.

This year “driver shortage” ranked as the trucking industry’s top concern for the first time since 2006, according to an annual survey released Monday by the American Transportation Research Institute. Nearly 40% of respondents ranked driver supply among their top three concerns, according to the industry research group’s report.

“This is as tight a market as we’ve seen in 25 years, and we expect it to tighten further,” said Derek Leathers, chief executive of Werner Enterprises Inc., a large truckload carrier based in Omaha, Neb. “Demographics are working against us.”

Over the past two years, Werner has boosted wages by about 15%, one of a number of steps to aid driver recruitment and retention. The company has also spruced up its equipment and terminals. . . . .

J.B. Hunt Transport Services Inc., one of the biggest U.S. carriers, said earlier this month that rising driver pay, a decline in fleet size and an increase in trucks lacking drivers weighed on third-quarter results in its truckload division. That unit had a 5% drop in revenue from the year-earlier period, though operating income increased 12%.

Drivers often scoff at the idea of a shortage, saying the solution is simple: pay more.

Companies are increasing wages “and they should,” said Mr. Costello. “But it’s about more than pay. It’s about the lifestyle.”

The ATA says the driver shortage is leading to delivery delays, and estimates the shortfall has yet to peak this year. Carriers will need to hire about 898,000 new drivers over the next decade as more truckers retire and the industry expands, according to the group. 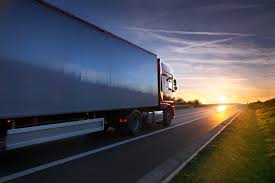 [Elon] Musk, a quirky billionaire whose transportation ambitions include colonizing the planet Mars, has long delighted in defying conventional wisdom.  At Tesla’s annual meeting in June, he repeated his promise of a battery-powered long-haul big rig.

“A lot of people don’t think you can do a heavy-duty, long-range truck that’s electric, but we are confident that this can be done,” he said.

While the prototype described by [Scott] Perry [an executive at Miami-based fleet operator Ryder System] would fall well short of the capabilities of conventional diesels, Musk may well have found a sweet spot if he can deliver. Roughly 30 percent of U.S. trucking jobs are regional trips of 100 to 200 miles, according to Sandeep Kar, chief strategy officer of Toronto-based Fleet Complete, which tracks and analyses truck movement.

A truck with that range would be able to move freight regionally, such as from ports to nearby cities or from warehouses to retail establishments.

“As long as (Musk) can break 200 miles he can claim his truck is ‘long haul’ and he will be technically right,” Kar said.

Interest in electric trucks is high among transportation firms looking to reduce their emissions and operating costs. Electric motors require less maintenance than internal combustion engines. Juice from the grid is cheaper than diesel.

But current technology doesn’t pencil when it comes to powering U.S. trucks across the country. Experts say the batteries required would be so large and heavy there would be little room for cargo. . . .

Battery weight and ability would limit a semi to a range of about 300 miles with an average payload, according to a paper recently published by [Venkat] Viswanathan and [Shashank] Sripad [of Carnegie Mellon University]. The paper thanked Tesla for “helpful comments and suggestions.” Tesla did not endorse the work or comment on the conclusions to Reuters.

A range of 200 to 300 miles would put Tesla at the edge of what the nascent electric truck industry believes is economically feasible, the researchers and industry insiders said.