Forget about our last set of comments on this issue of the recent anti-arbitration bill. The issue is far from solved and is considered a major win for the banks, big and small (i,e. the big banks, who had everything to gain from the measure, created a Potemkin’s village of small banks and lending institutions and let them lead the battle).

These are just the battles we cannot afford to lose if we are to regain some equality in this country. We must find a way to successfully resist the relentless drive of the money interests to marshal everything in their favor.

By ANDREW ACKERMAN and YUKA KAYASHI Oct. 272017 for The Wall Street Journal

WASHINGTON—The financial-services industry, relying on a group of small banks, successfully targeted a few Senate Republicans to ensure lawmakers scuttled a rule that would have made it easier for consumers to join in class-action lawsuits against banks.

The vote late Tuesday to kill the Consumer Financial Protection Bureau’s arbitration rule marks the most significant legislative victory for the financial-services industry in years. Industry lobbyists and congressional aides had always expected the difference in the vote count to be razor thin, so swaying just a couple of GOP senators could determine the fate of the independent agency’s rule. 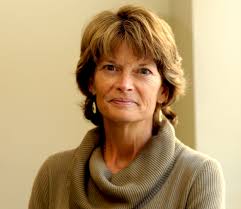 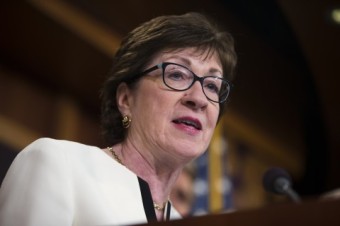 One of the main targets of the campaign, Sen. Lisa Murkowski of Alaska, privately told community bankers in her home state as early as August that she would likely support the resolution to block the rule, according to people familiar with her remarks. Yet she never publicly telegraphed her plans, leaving some lobbyists guessing on the vote’s outcome close to the last minute on Tuesday, when shortly after 10 p.m. she appeared on the Senate floor and voted “yes.”

Adding to the drama, Ms. Murkowski was the last Senate lawmaker to arrive, her vote leaving the chamber tied at 50-50, largely along party lines. Minutes later, Vice President Mike Pence put Republicans over the top with the deciding vote, as some lawmakers returning from a black-tie dinner looked on in tuxedos. Ms. Murkowski couldn’t be reached for comment Wednesday. 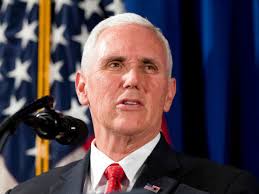 Vice-President Mike Pence delivered the coup-de-grâce that killed the rule.

Under the Congressional Review Act of 1996, lawmakers can overturn a newly issued regulation on an expedited schedule with a simple majority vote in Congress. Had Congress not acted, the arbitration rule would have gone into effect next year.

The House voted to kill the rule shortly after its completion in July, but Senate Republicans struggled to muster the votes needed to do the same. Several GOP senators expressed reservations about voting to overturn the regulation, worried they might be portrayed as siding with banks and against consumers. The issue also sat on the Senate back burner as other high-priority issues competed for floor time, including an ill-fated health-care overhaul, according to people familiar with the process.

Proponents of killing the CFPB rule also lobbied Susan Collins of Maine and John Kennedy of Louisiana, two Republicans who at least initially hesitated to take a position publicly. Ms. Collins voted against the rule, while Mr. Kennedy voted to keep it.

Ms. Collins said Wednesday that lobbying by small credit unions convinced her they would be “devastated” by the measure. She also said she conducted her own review of the CFPB’s economic studies and came to the conclusion that “consumers in most cases were far better served by arbitration than by class-action lawsuits.” Proponents say arbitrated cases are generally resolved more quickly and less expensively than court cases. 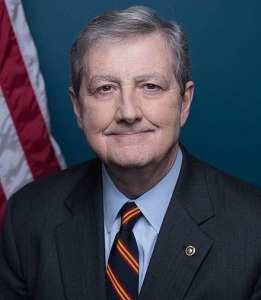 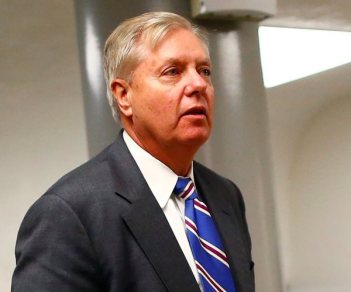 Mr. Kennedy, who told reporters the morning of the vote that he was still studying the rule in question, was one of two GOP lawmakers to vote “no” to killing it, joining Lindsey Graham of South Carolina. Mr. Kennedy said he voted the way he did after hearing from veterans groups who support the CFPB rule, and after taking account of revelations that credit monitor Equifax Inc. initially sought to require victims of its massive hack to settle disputes through arbitration.

“Just about every adult in my state had his or her data stolen,” he said. “I am not going to tell my people they cannot have their day in court.”

Mr. Graham, a former trial attorney, had long said he would vote in support of the CFPB’s rule. In an interview earlier this year, he said arbitration is “a windfall for the companies in terms of how you settle their cheating.”

Mr. McCue wrote an opinion piece on Oct. 13 for the Juneau Empire criticizing the CFPB regulation.

The rule “doesn’t make sense for any credit union member across this state,” Mr. McCue wrote. “Unfortunately, more Washington-based groups, many representing the interest of trial lawyers, are putting pressure on our senators to back the anti-arbitration rule, and we couldn’t disagree with them more.”

Beyond credit unions and community banks, overturning the rule was also a priority for regional, national and global financial companies that lobbied to have it overturned.