For those of you who read us carefully there is an element of deja vu in today’s column. But this wholesale disregard for the poor of this country by the rich—this avoidance by our high tech companies of paying the debt they owe the country that nurtured them—is a disgrace that deserves to be repeatedly pointed out, as this article from The New York Times does.

What you will read in this column is based on information only recently obtained. These documents have a spellbinding history. According to an account from the New Yorker magazine: “the 13.4 million files—1.4 terabytes of data—that were leaked last year to [Bastian] Obermayer [a reporter for the German newspaper Süddeutsche Zeitun] and his colleague Frederik Obermaier . . . have come to be known as the Paradise Papers. In coördination with the International Consortium of Investigative Journalists, three hundred and eighty-one journalists in sixty-seven countries had worked with the leaked information, much of which originated at the Bermuda law firm Appleby, to report stories on how wealthy individuals and companies use offshore accounts to make their fortunes untraceable and unreachable.”

The article is presented in two parts.

The United States loses, according to my estimates, close to $70 billion a year in tax revenue due to the shifting of corporate profits to tax havens. That’s close to 20 percent of the corporate tax revenue that is collected each year. This is legal.

Meanwhile, an estimated $8.7 trillion, 11.5 percent of the entire world’s G.D.P., is held offshore by ultrawealthy households in a handful of tax shelters, and most of it isn’t being reported to the relevant tax authorities. This is… not so legal.

These figures represent a huge loss of resources that, if collected, could be used to cut taxes on the rest of us, or spent on social programs to help people in our societies.

How do they do it?

For an example, look no further than your search bar. In 2003, a year before it went public, Google (now a multinational conglomerate known as Alphabet) began a series of moves that would allow it to obtain favorable tax treatment in the future.

See where this is going? In 2015, $15.5 billion in profits made their way to Google Ireland Holdings in Bermuda even though Google employs only a handful of people there. It’s as if each inhabitant of the island nation had made the company $240,000.

The corporate tax rate there is zero 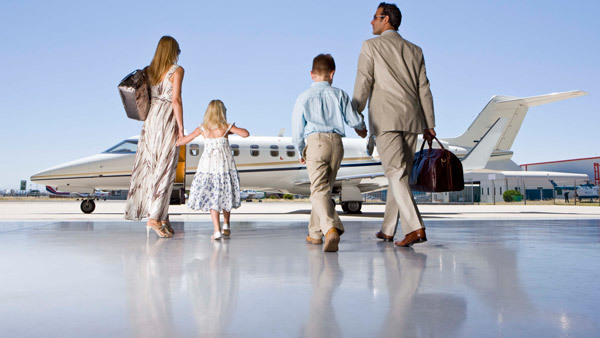 In doing this, Google didn’t break the law. Corporations like Google are simply shifting profits to places where corporate taxes are low. It’s not just Internet companies with valuable intellectual property that do this. A car manufacturer, for instance, might shift profits by manipulating export and import prices – exporting car components from America to Ireland at artificially low prices, and importing them back at prices that are artificially high.

According to the latest available figures, 63 percent of all the profits made outside of the United States by American multinationals are now reported in six low- or zero-tax countries: the Netherlands, Bermuda, Luxembourg, Ireland, Singapore and Switzerland. These countries, but above all the shareholders of these corporations, benefit while others lose.

My colleagues Thomas Torslov and Ludvig Wier and I combined the data published by tax havens all over the world to estimate the scale of these losses. The $70 billion a year in revenue that the United States is deprived of is nearly equal to all of America’s spending on food stamps. The European Union suffers similar losses.

Lining up for food stamps in America today

So what can be done?

Thankfully, Ireland has announced it will close the “double Irish” loophole that Google used, and arrangements that take advantage of that loophole must be terminated by 2020. But similar strategies will be used as long as we let companies choose the location of their profits.

Just look at what Apple did in 2014 — it’s one of the most spectacular revelations from the newly released Paradise Papers. After learning Irish authorities were going to close loopholes it had used, Apple asked a Bermuda-based law firm, Appleby, to design a similar tax shelter on the English Channel island of Jersey, which typically does not tax corporate income. Appleby duly obliged, and Jersey became the new home of the (previously Irish) companies Apple Sales International and Apple Operations International.

A potential fix would be to allocate the taxable profits made by multinationals proportionally to the amount of sales they make in each country.

Say Google’s parent company Alphabet makes $100 billion in profits globally, and 50 percent of its sales in the United States (a relatively similar scenario to the first quarter of this year, in which that figure was 48 percent). In that case, $50 billion would be taxable in the United States, irrespective of where Google’s intangible assets are or where its workers are employed. A system similar to this already governs state corporate taxes in America.

13 million children in the United States are undernourished today

Such a reform would quash artificial profit-shifting. Corporations may be able to shift around profits, assets, and subsidiaries, but they cannot move all their customers to Bermuda.

This system is not perfect, but it’s orders of magnitude better than both the laws that now govern the taxation of international profits and the tax package being proposed by congressional Republicans. Under the proposed plan some international profits would be taxed at 10 percent, but there are many likely exemptions.

One advantage of allocating taxable profits as I suggest is that this reform can be adopted unilaterally. There is no need for the United States (or any other nation that wants to cut down on tax avoidance) to obtain permission from anybody.

But we’d still face an equally daunting problem, the far more shadowy—and ultimately illegal—tax evasion of ultra wealthy individuals, many of them with net worths already bolstered by the proceeds of corporate tax avoidance.

This article is continued in a future blog.

Gabriel Zucman is a professor of economics at the University of California, Berkeley and author of “The Hidden Wealth of Nations.”