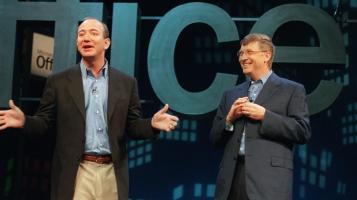 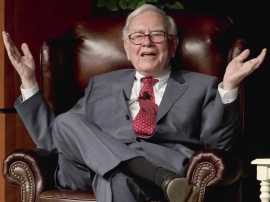 Read what this blog is all about. These two men, Collins and Hoxie, who wrote the column are experts in economic inequality.

It can be hard to grasp just how much money is concentrated in just a few hands in our lopsided economy today. But here’s a start: The richest three people in the United States — Jeff Bezos, Bill Gates and Warren Buffett — together have more wealth than the entire bottom half of the country combined.

To put an even finer point on it: That’s three people versus about 100 million people.

To really comprehend just how insane the wealth concentration has become, consider Bezos, the head of Amazon. Worth about $90 billion, he recently was declared the richest man in the world. In October alone, his wealth jumped by $10 billion — or about $4 million per second.

Given his massive wealth, one might imagine that his company has enough to pay its warehouse workers a minimum of $15 an hour. But apparently it doesn’t. Amazon pays some of its workers as little as $12.84 an hour.

That’s pretty much the trend we’re seeing play out over and over across the U.S. economy— wealth funneling to a tiny group at the top while everyone else scrambles for crumbs.

On the other end of the spectrum from Bezos, tens of millions of families are trying desperately to make their paychecks last through the week. One in 5 households has zero or negative wealth today, meaning they have as much debt as they do assets. (That’s why the three-versus-160 million figure is so stark: Many people have nothing.)

Having no savings or wealth means having no cushion to fall back on when you’re hit with the unexpected — an illness or medical emergency that results in large hospital bills, say, or the loss of a job. With no buffer, even a broken-down car can wreak financial havoc on a family, turning a stable situation into quicksand. We see this domino effect play out all the time, as our social media feeds are filled with crowdfunding requests by people who need help covering basic life expenses.

Not surprisingly, these zero-wealth households are disproportionately African American or Latino, a result of our country’s long history of discrimination. Three in 10 black households are underwater. Nearly the same proportion of Latino households are too.

The problem is getting worse, not better. Today, the poorest member of the Forbes 400 has $2 billion. This represents a tenfold jump from when the magazine first started its list in 1982. And that’s after adjusting for inflation.

In fact, with a combined wealth of $2.68 trillion, the billionaires of the Forbes 400 have more wealth than the entire GDP of the United Kingdom, the world’s fifth wealthiest country. This marks yet another tenfold increase from the 1980s.

The rest of the country has not shared in the economic gains of the past three decades. In 1983, the first year the Federal Reserve started collecting consistent data, the median family had $83,000 in today’s terms. That number has now fallen to $80,000.

The few at the top of the ladder have captured a massive share of the nation’s wealth, and they’re quickly translating that wealth into political power — pushing for more tax cuts for themselves, to be shepherded through the legislative process by politicians who are indebted to them for their campaign contributions. This is a moral disgrace. 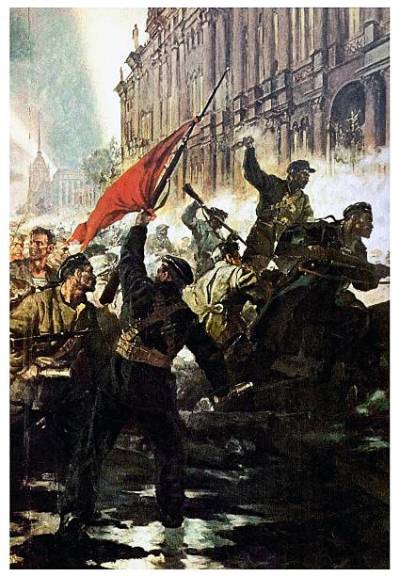 We urgently need to close, not expand, our wealth divide. And we need to start by saying no to more tax cuts for the wealthy and growing economic opportunities for everyone else. Enough is enough.

Chuck Collins and Josh Hoxie are co-authors of a new report, “Billionaire Bonanza 2017: The Forbes 400 and the Rest of Us.” They co-edit the web site Inequality.org at the Institute for Policy Studies.