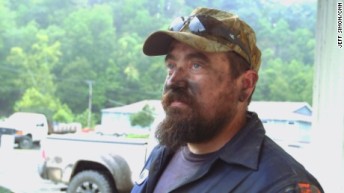 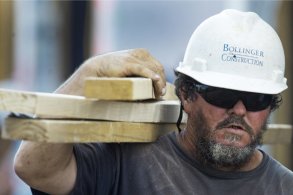 Excerpted from Steven Greenhouse’s book The Big Squeeze: Tough Times for the American Worker (Knopf, 2008). Greenhouse is a labor and workplace reporter for The New York Times.

Because of its length, this article is presented in four parts.

Even though this is an era of increased economic volatility, the federal government has decided to let Americans fend increasingly for themselves. Just one-third of laid-off workers receive unemployment benefits, down from 50 percent a generation ago. And even though workers’ skills are becoming obsolete faster than ever because of new technologies and globalization, funding for the main federal program for retraining has been reduced by more than $10 billion in the last quarter century. “Americans increasingly find themselves on an economic tightrope, without an adequate safety net if — as is ever more likely — they lose their footing,” wrote Jacob S. Hacker, author of The Great Risk Shift. Business executives say they have been forced to tighten their belts on wages and everything else because they face ever-fiercer competition. That is true, but corporate profits have nonetheless soared, climbing 13 percent a year in the six years after the 2001 recession ended, while wages have remained flat.

(Employee productivity has also far outpaced wages, rising 15 percent from 2001 through 2007.) Corporate profits have climbed to their highest share of national income in sixty-four years, while the share going to wages has sunk to its lowest level since 1929. “This is the most pronounced several years of labor’s share declining,” said Lawrence Katz, an economics professor at Harvard. “For as long as we’ve had a modern economy, this is the worst we’ve seen it.” Very simply, corporations, along with their CEOs, are seizing a bigger piece of the nation’s economic pie for themselves, leaving the nation’s workers and their families diminished.

Many Americans are feeling the squeeze as part of a growing wave of worker exploitation. Faster line speeds at the nation’s meat and poultry plants are causing workers’ bodies to break down and leading to more amputations.

Workers have died at construction sites when scaffolding or trenches collapsed because supervisors ignored the most elementary precautions. Inside some of the nation’s best-known retail stores, immigrant janitors have been forced to work 365 days a year.

Exploitation is of course nothing new, as Upton Sinclair’s writings, Lewis Hines’s photographs, and the Triangle Shirtwaist fire all made clear. In the decades after the Great Depression, exploitation declined as the United States created the world’s most prosperous middle class and as business, labor, and government often worked hand in hand to improve workplace conditions. In recent years, however, worker mistreatment has been on the rise, spurred by a stepped-up corporate focus on minimizing costs and by an influx of easy-to-exploit immigrants. Corporate executives, intent on maximizing profits, often assign rock-bottom labor budgets to the managers who run their stores and restaurants, and those managers in turn often squeeze their workers relentlessly.

A steady decline in workplace regulation has opened the door to greater exploitation. Even though the workforce has grown from 90 million to 145 million over the past three decades, the number of federal wage and hour investigators has fallen. Seven hundred eighty-eight federal wage and hour inspectors are responsible for ensuring compliance at the nation’s 8.4 million business establishments. George W. Bush’s labor secretary, Elaine Chao, signaled her ambivalent views about enforcement when she said, “Sometimes it’s not what you do, but what you refrain from doing that is important.” The infamous Sago Mine in West Virginia had been cited 273 times for safety violations in the two years before an explosion there killed twelve miners in 2006. But none of those fines exceeded $460, and many were just $60 — a minuscule amount considering that the company that owned Sago had $110 million in annual profits. In the five years before, the Mine Safety and Health Administration, then run by former industry executives appointed by President Bush, failed to collect fines in almost half the cases in which it had levied them. The rising tide of exploitation has taken countless forms. Target, Safeway, Albertsons, and Wal-Mart have all hired cleaning contractors who required janitors to work the midnight shift thirty days a month. These contractors systematically broke the law by virtually never paying Social Security or unemployment insurance taxes, and they almost never paid janitors time and a half for overtime even though the janitors often worked fifty-five hours or more each week. These contractors sometimes dumped badly injured workers in front of a hospital or at a bus station with a ticket back to Mexico. 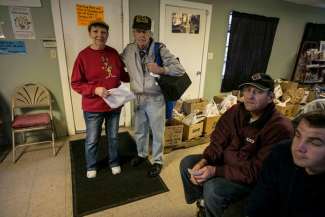 At Taco Bell, Wal-Mart, and Family Dollar, many employees complained that managers forced them to work five or more unpaid hours off the clock each week. The workers who were cheated often earned just $12,000 to $18,000 a year. At an A&P in Westchester County, New York, Wilfredo Brewster, a customer service manager, said he worked from six a.m. to six p.m. Monday through Friday, sixty hours, but was paid for only forty. Managers pressured him to donate his Saturdays to the store as well, telling him it would help him earn a promotion. Under federal and state law, he, as an hourly employee, was supposed to be paid overtime for those Saturdays.

Stylists at SmartStyle, the nation’s largest hair salon company, said that pressure to minimize payroll costs was so intense that on days when there were few customers, managers often ordered stylists to clock out, then clean up the salon. Several hairdressers said they were occasionally paid for only half the hours they worked, their earnings sometimes slipping to $2.50 an hour, less than half the $5.15 federal minimum wage at the time. According to many workers and supervisors at Pep Boys, Toys “R” Us, Family Dollar, Wal-Mart, and other companies, some managers illegally tampered with time clock records to erase hours that employees had worked. Dorothy English, a payroll assistant at a Wal-Mart in Louisiana, said that if an employee had clocked forty-three hours in a week, her boss often ordered her to delete three hours from the worker’s time records to avoid paying time and a half.

“I told them this wasn’t right,” she said. “But they said, ‘This is how we keep people to forty hours.’ ” At dozens of upscale supermarkets in Manhattan, including Food Emporium and Gristede’s, deliverymen often worked seventy-five hours a week but were paid just two hundred dollars, or less than three dollars an hour. They were told they were independent contractors, a group that is not covered by minimum wage and overtime laws. Some call centers deduct pay for every minute a worker spends in the bathroom.