Excerpted from Steven Greenhouse’s book The Big Squeeze: Tough Times for the American Worker (Knopf, 2008). Greenhouse is a labor and workplace reporter for The New York Times.

Because of its length, this article is presented in four parts, of which this is the last.

Workers at Wal-Mart and the Cheesecake Factory complained that managers often refused to give them the lunch breaks and fifteen-minute rest breaks that state law required. Bella Blaubergs, a diabetic who worked at a Wal-Mart in Washington State, said she nearly fainted several times from low blood sugar because managers often would not let her take breaks. At numerous Abercrombie & Fitch stores, African-American, Asian, and Hispanic workers complained that they were relegated to back-of-the-store jobs, doing stockroom work and inventory, while white employees were given jobs up front — all to promote Abercrombie’s preppy, fraternity, all-American look. Some cleaning workers at several of the hottest software companies in Silicon Valley earn so little that they live in rented garages in someone else’s home. Rosalba Ceballos, a divorced immigrant from Mexico, was one of them; she lived with her three daughters — ages one, three, and seven — in an absurdly cluttered, windowless garage just outside Palo Alto. 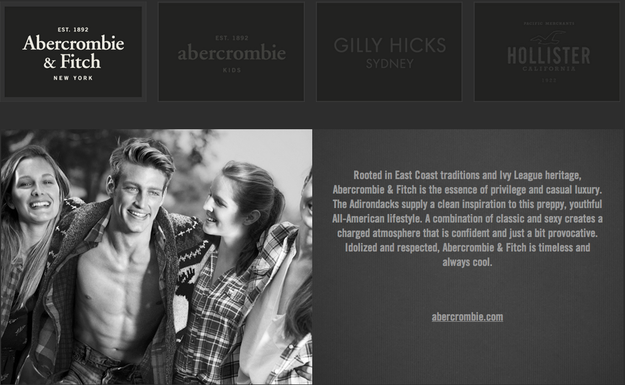 Middle-class workers have not been immune. On a day in 2003 that Circuit City workers remember as “Bloody Wednesday,” the retailer fired 3,900 senior commissioned salespeople — some earned $50,000 a year — having concluded that their commissions and wages were too high. Circuit City simultaneously hired 2,100 replacement salespeople who were to receive lower wages and far lower commissions. Then in 2007, Circuit City laid off another 3,400 employees because they, in the company’s words, earned “well above the market-based salary range for their role.” Many of those laid off were earning around $29,000 a year. Circuit City announced that these workers could reapply for their jobs ten weeks later, but if rehired, they would come back at the lower “market rate.” 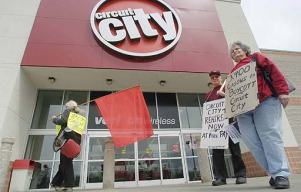 In her ten years at the Circuit City in Hoover, Alabama, Julie Godette was considered a model employee, assigned to train new hires and receiving repeated raises that brought her up to $16.40 an hour. She, too, was suddenly laid off. “To work that long for a company and to be let go because you did a good job really hurts,” Godette said. At JP Morgan Chase, Barbara Parkinson, a customer service representative in the global investment services department in New York City, said managers had repeatedly complained when workers submitted time sheets listing several hours’ overtime. To avoid management’s continued wrath, she and other workers decided to forgo the overtime pay due them. At RadioShack’s headquarters in Fort Worth, four hundred workers were fired by e-mail. “The workforce reduction notification is currently in progress,” the e-mail dryly informed recipients. “Unfortunately your position is one that has been eliminated.” Northwest Airlines gave laid-off workers a booklet entitled “101 Ways to Save Money.” But the booklet added insult to financial injury. “Borrow a dress for a big night out” and “Shop at auctions or pawn shops for jewelry” were among the tips it offered. And then it suggested, “Don’t be shy about pulling something you like out of the trash.” Rarely have so many economic and social forces been arrayed against the American worker. Downsizing, rightsizing, and reengineering have increasingly made job security an obsolete notion. Many workers fear pink slips so much that they are frightened to ask for raises or protest oppressive workloads.

Globalization, including the recent rush to offshore hundreds of thousands of white-collar jobs, has increased such fears. Layoffs have become a fact of life. Nowadays, on nearly a daily basis, some company announces that it is laying off several thousand employees, and except for the workers and their families, virtually everyone who hears about it ignores it.

America has lost one-fifth of its factory jobs since 2000, jobs that have long been a stepping-stone to the middle class. There has been a concomitant decline in the labor movement to its lowest point in decades, undermining the one force that, for all its faults, created some semblance of balance between workers and management during the second half of the twentieth century.

The massive influx of immigrants has created a huge pool of easy-to-bully workers that has given managers greater leverage — most visibly in construction and meatpacking — to squeeze wages and worsen conditions for all workers.

Many companies have embraced the just-in-time workforce — a mass of temps, freelancers, and on-call occasionals whose lower pay and unstable status often undercut the wages, benefits, and job security of the traditional year-round workforce.

The position of the American worker has been further undermined by the economy’s evolution from industrial capitalism to financial capitalism. Industrialists were once firmly in control, intent on maximizing production and market share, but now investment bankers, mutual fund managers, hedge fund managers, and, increasingly, managers of private-equity funds wield great power and are forever pressuring the companies that they’ve invested in to maximize profits and take whatever steps are necessary to keep stock prices at their highest. Companies, in response, often skimp on wages, lay off workers, and close operations.

Wal-Mart, founded in a small Arkansas town in 1962, has spearheaded the rise of a less caring, less generous, and often less law-abiding management style. Wal-Mart employs nearly 1.4 million workers in the United States, far more than any other company. With its phenomenal growth, it has become the world’s largest retailer, and its low wages and benefits — it provides health insurance to just half of its workers — have created a downward pull on the way that many companies treat their workers. (For that reason, we will examine Wal-Mart in great detail.) The Wal-Mart effect could be seen most starkly when the three largest supermarket chains in California — Safeway, Albertsons, and Ralphs — grew alarmed about Wal-Mart’s plans to open dozens of super-centers in California that would sell groceries in addition to general merchandise.

The supermarket chains demanded lower wages and far less generous health benefits for all future hires, and after a bitter four-and-a-half-month strike and lockout in 2003-4, the chains got their way. The California supermarkets said they couldn’t compete when their cashiers earned $17.90 an hour on average and Wal-Mart’s earned $8.50 an hour.

The squeeze on the American worker has been further exacerbated by corporate America’s growing sway over politics and policy, making it harder for beleaguered workers to turn to government for help. When investigators unearthed serious child labor violations at a dozen Wal-Marts, officials in the Bush Labor Department signed a highly unusual secret agreement promising to give Wal-Mart fifteen days’ advance notice whenever inspectors planned to visit a Wal-Mart store to look for more such violations. Wal-Mart officials had been major donors to the Republican Party.

As a result of business’s strong influence over President George W. Bush and Republicans in Congress, the federal minimum wage remained stuck at $5.15 for nearly a decade. A full-time worker who earns $5.15 an hour grosses $10,712 a year, far below the $16,079 poverty line for a family of three. In 2007, the $5.15 minimum wage, after adjusting for inflation, was 33 percent below its 1979 level. In 2007, the Democratic Congress raised the minimum wage to $7.25 an hour over two years.

Nor have the tax policies emanating from Washington been very friendly to workers. President Bush and Republicans in Congress pushed vigorously to minimize taxes on investors, that is, taxes on dividends and capital gains, while urging elimination of the estate tax. Bush’s tax cuts saved the average middle-class taxpayer $744 a year, while saving $44,212 a year for the top 1 percent of taxpayers and $230,136 for the top one-tenth of 1 percent of households. Even though the government has done little of late to ease the squeeze on American workers, there are plenty of things government can do to alleviate the difficulties that workers face.

This concludes the four-part article