Is there not a pervasive sense of deja vu when we learn that the drive-by method of valuation is again being used, and on tens of thousands of homes? It was shoddy practices such as this that created the housing catastrophe that resulted in the Great Recession of ten years ago, from which we are just emerging. Does no one remember the movie “99 Homes” about the fraudulent home sales in Florida that led to the recent crash? 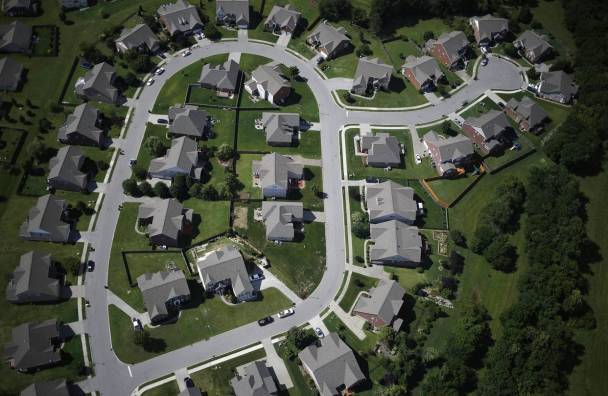 By RYAN DEZEMBER and PETER RUDEGEAIR  Jan. 22, 2018 for The Wall Street Journal

When Blackstone Group LP wanted to borrow hundreds of millions of dollars to buy foreclosed homes after the housing crash, it needed a quick, inexpensive way to value thousands of houses the investment firm already owned and was offering as collateral.

Blackstone and its lender, Deutsche Bank AG, settled on a sort of drive-by valuation done by real-estate agents that are more cursory and cost far less than traditional appraisals.

Congress outlawed the use of such assessments, called broker price opinions, or BPOs, to value properties for traditional mortgages. But the prohibition, enacted as part of postcrash financial regulation, doesn’t apply to investors buying tens of thousands of houses.

Now these perfunctory valuations abound, underpinning tens of billions of dollars of home deals. Sometimes the process is outsourced to India, where companies charge real-estate agents a few dollars to come up with U.S. home values by consulting Google Earth and real-estate websites.

BPOs have been used to value collateral in the more than $20 billion of bonds sold by institutional landlords, such as Blackstone’s Invitation Homes Inc., and in the fast-growing business of lending to individual house flippers. Banks request them when considering whether to foreclose or negotiate repayment plans with delinquent homeowners.

Their popularity shows how Wall Street is finding ways to adapt to government efforts to crack down on some of the excesses that contributed to the housing crisis. Critics say BPOs are ill-suited to gauge home values and could leave debtholders with less collateral than they thought. Properties worth less than their debt could result in losses for investors, while inaccurate price information might misguide a lender in a foreclosure process.

“BPOs are a creature of financial institutions that want deals to close fast, and so they don’t have to use an appraiser,” said Donald Epley, a retired University of South Alabama professor who helped write national appraisal standards after the 1980s savings-and-loan collapse. “You’re just dumbing down the standards to make the loan.”

Their proliferation has drawn attention from the Securities and Exchange Commission, which is investigating whether rental-home companies pushed for higher valuations on properties underlying securities. Meanwhile, appraisers and Realtors say the quality of BPOs has deteriorated as the price for performing them has dropped to as little as $25 a house from $50 or more.

Unlike appraisers, people who perform BPOs don’t need much training or an appraisal license since the estimate is simply meant to suggest listing prices.

Andrew Garfield is instructed by Michael Shannon on how to misinform new home owners in order to make repossession easier, from the film “99 Homes.”

BPO proponents, including investors and rental-company executives, say that when pooling thousands of houses in an investment vehicle, individual valuations that are too high or low tend to balance out. The difficulty for appraisers to enter occupied homes also pushes investors toward BPOs, which they say are usually as accurate as appraisals.

“BPOs have really taken hold as a way for lenders and investors to do evaluations en masse,” said Dennis Cisterna, chief executive of Investability Solutions, which provides services to rental-home companies. “Using appraisals on every property usually isn’t financially or operationally feasible.”

When Fannie Mae last year guaranteed about $1 billion of Invitation Homes debt, it accepted BPOs for the 7,204 houses serving as collateral. Assuming a typical appraisal price of $450 and the $95 that Invitation Homes pays per BPO, the company saved about $2.6 million.

Credit-rating firms usually discount BPO values when grading rent-backed bonds. Kroll Bond Rating Agency has trimmed them by about 10% and uses the lower of the reduced BPOs and the amounts spent buying and renovating the homes.

BPOs have been around for decades but boomed in the mortgage meltdown. Lenders ordered reams of them to price repossessed homes. Real-estate agents gobbled up the jobs as home sales dried up. Many, like Barbara Eisman, hoped the valuation work would lead to property listings.

It never did, said Ms. Eisman, a Washington, D.C., Realtor. Yet the roughly 5,000 BPOs she performed over the last decade provided regular income. Her recent assignments have included drive-bys to see if foreclosed homes were vacant and interior exams for mortgage modifications.

Ms. Eisman said an Indian company, AbVin Ventures LLP, offered to do the work for her for $10 a house. AbVin asked for her login credentials for sales databases and the firms that hire her. She declined. “They’ll kick me to the curb if they find someone is logging in and doing the work,” she said. 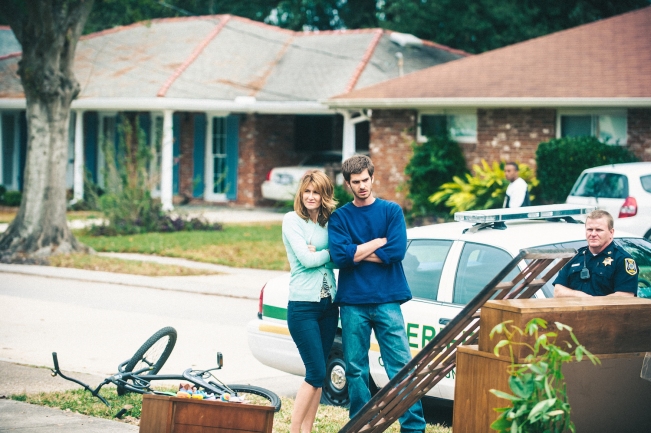 A foreclosure in progress from the film “99 Homes”

Edward Wisniowski, a Crest Hill, Ill., broker, dialed back on providing price opinions after pay for many fell below $50. He turned away Indian firms offering to do his work. “I don’t know how they can do it,” he said.

AbVin co-founder Abhishek Shimoga Onkaraswamy said his staff of 50 in Bangalore churns out as many as 300 BPOs a day using the clearinghouses of sales and listings data compiled by Realtors, who he said provide AbVin with login information, as well as websites like Zillow.

“There’s not a big difference between what a broker can do and what we can do,” he said. “We know what these companies are expecting from the brokers.”

Francois Gregoire, a St. Petersburg, Fla., appraiser and former state regulator who has examined thousands of BPOs as a litigation consultant, said quality varies greatly. “Some look like the real-estate broker hired someone to go take photos of the property and did nothing more than sign the BPOs.”

In the prospectus for the loan it guaranteed for Invitation Homes, Fannie Mae said drive-by assessments supplied by Green River Capital valued the collateral homes at 66.7% more than the loan amount, but that “the market values of the properties may not be accurately reflected.”

People familiar with Fannie’s processes said it compared the BPOs to home prices of the same properties in its own database.