We continue the discussion of the provision in the new Federal tax bill for designating small towns in trouble in this country as “Opportunity Zones,” thus making them eligible for assistance in the form of tax incentives.

One in six Americans lives in what the Economic Innovation Group calls a “distressed community,” where median household incomes remain far below the national level, which is $59,000 a year, and the poverty rate is well above the national average. Those communities are urban, rural and suburban. On average, the communities lost 6 percent of their jobs and a similar share of their business establishments from 2011 to 2015, according to census data. 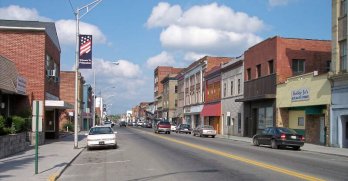 The national economy grew and added jobs during that period, but that growth was disproportionately in large cities. Metropolitan areas with at least one million residents provided just under half of America’s jobs in 2010. But from 2010 through 2016, those metropolitan areas accounted for nearly three-quarters of the country’s net job creation, according to new research by the Metropolitan Policy Program at the Brookings Institution in Washington. 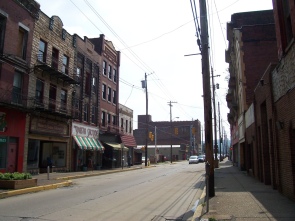 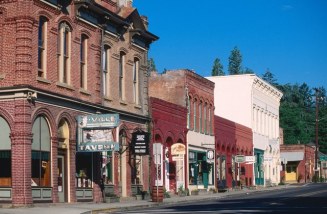 Rural areas accounted for just 3 percent of the job growth in that time. From 2010 to 2014, according to the innovation group’s research, rural areas saw more businesses close than open.

Economic development professionals in those areas have struggled to attract the attention of companies and venture capitalists, who channel most of their money to major cities. To bring those investors into distressed communities “you have to hit them in their sweet spot, and their sweet spot is, they pay a lot of capital gains taxes,” said Donald Hinkle-Brown, president and chief executive of Reinvestment Fund, a community development group.

The new tax law provision plays to that sweet spot. It instructs governors in each state and territory, along with the mayor of the District of Columbia, to designate Opportunity Zones from a pool of low-income, high-poverty census tracts, subject to certification by the Treasury secretary. States cannot nominate all their qualifying tracts for that status — they are limited to only a quarter of eligible tracts. Investors, like banks or hedge funds, then create Opportunity Funds to seed either new businesses in those areas, expansions of existing ones or real estate development. 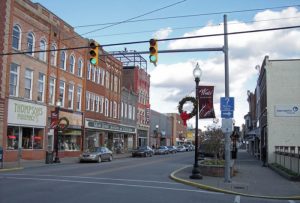 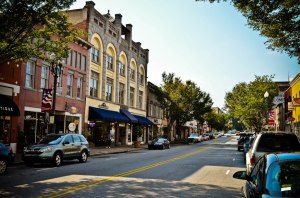 The people who invest in Opportunity Funds are able to minimize their tax burden through preferential treatment of capital gains.

More than $2 trillion in unrealized capital gains are sitting on individual and corporate balance sheets across America, according to the Economic Innovation Group, the result of profitable investments in stocks and mutual funds. Normally, the proceeds from the sale of those assets would be taxed as a capital gain, at a maximum federal rate of 20 percent plus a 3.8 percent surtax. The new law offers investors an alternative: to roll those unrealized gains into an Opportunity Fund, and defer federal taxes on the profit, at least temporarily.

“This becomes its own asset class, and it could be a very large asset class,” Mr. Parker said in an interview, referring to Opportunity Funds.

Investors are already starting to take notice. A two-hour session on Opportunity Funds drew a standing-room-only crowd last week at the Winter Innovation Summit in Salt Lake City, said Patrick McKenna, founding partner of the venture capital firm High Ridge Global. Mr. McKenna has invested in distressed communities such as Baltimore and over the last year has tried to steer Silicon Valley dollars to struggling areas such as Youngstown, Ohio, out of a belief those areas contain untapped potential for growth and prosperity.

Civic leaders are beginning to pitch state economic development officials on designating tracts of their communities as Opportunity Zones. “It’s very exciting,” said Michael Tubbs, the mayor of Stockton, Calif., which the Economic Innovation Group ranks as the eighth-most distressed large city in America. “It makes communities like Stockton more attractive for investment.”

Turning distressed communities into attractive investments, however, is not a guarantee. One critique of the plan is that it might not leverage much investment in areas that really need it — be they Stockton, or Youngstown, or any other distressed community. Research suggests many previous federal attempts to increase investment in particular regions, such as Clinton-era Enterprise Zones, were largely ineffective. A more successful effort was the New Markets Tax Credit, a program that still exists and similarly gives incentives to invest in distressed areas but that is relatively limited in scope.

Proponents say the new Opportunity Zones are designed to be more effective than earlier programs, and likely to generate far more investment than congressional scorekeepers predicted in assessing the tax bill. The Joint Committee on Taxation predicted the provision would reduce tax revenues by $1.6 billion over 10 years, suggesting a modest amount of additional capital gains investment.

State economic development officials worry that if they designate the wrong areas as Opportunity Zones, they could end up subsidizing investments that were in the pipeline anyway.

“Job one is getting the areas correct and really levering this, in the intent of the program,” said Stephanie Copeland, executive director of the Colorado Office of Economic Development and International Trade. “Not just making venture capitalists more money.

Mr. Parker said he planned to educate fund managers on how to best capitalize on the possibilities in distressed areas. 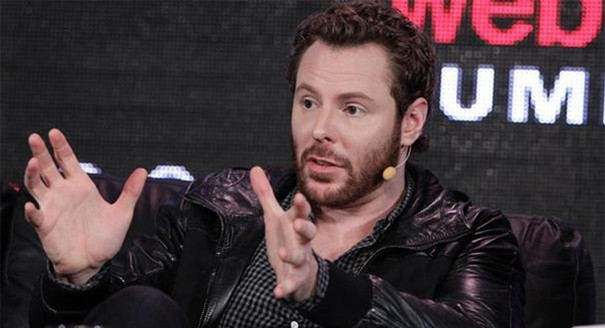 “Eventually,” he said, “I think it’s important that I put my money where my mouth is by investing in Opportunity Funds myself.” He said that he expected it would take a year or two for the funds to catch on, but that the results would exceed expectations once they did.

This concludes the two-part article on Opportunity Zones